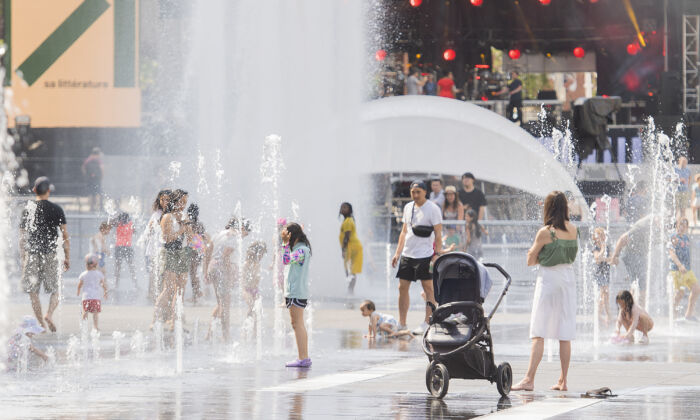 Environment Canada has issued heat warnings for a number of provinces, with temperatures expected to reach or surpass 30 C over the coming days.

The heat advisories cover large swaths of Prince Edward Island, New Brunswick, Nova Scotia, Ontario and Quebec, with residents warned some areas may not see cooler temperatures until the weekend.

The weather agency reminds people that hot and humid air can also bring deteriorating air quality, and encourages them to watch for the effects of heat illness, which includes swelling, rash, cramps, fainting, heat exhaustion and heat stroke.

British Columbia’s Public Safety Ministry is also alerting people to be ready for a heat wave, releasing a statement that while an extreme heat emergency is not expected, heat warnings are possible in some areas, beginning as early as Saturday and continuing into next week.

Environment Canada says heat in the mid- to high 20s should reach the south coast and parts of the northern Interior by next week, while the Okanagan, central and southeastern B.C. could see temperatures nudging the high 30s over the same period.

The ministry says a heat plan is “critical” and people should identify cool zones in their homes and at nearby community centres or libraries.