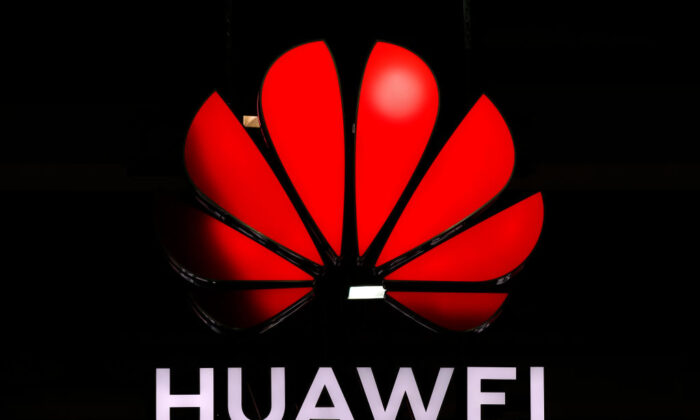 An illuminated Huawei sign is on display during an event in Zurich, Switzerland, on Oct. 15, 2019. (Stefan Wermuth/AFP via Getty Images)
Canada

Telus has announced that it’s partnering with Huawei rivals Ericsson and Nokia for the development of its 5G network, hours after BCE Inc. said it’s partnering with Ericsson. The news delivers a major blow to the ambitions of Chinese telecom giant Huawei to be a significant player in Canada’s 5G infrastructure.

The decision comes as Ottawa has yet to announce whether it will allow Huawei to participate in the nation’s 5G infrastructure, a point of contention with Canada’s allies who are concerned their shared data could be compromised if the company has access to Canada’s network. Washington has warned partners that the United States may limit data sharing if they allow Huawei to be part of their 5G infrastructure.

Rogers was the first among the Canadian telecom companies to announce that it won’t use Huawei in its 5G network. Rogers’s vice-chair said in an interview with Bloomberg last year that Huawei would pose too big of a threat to Canada and should be banned from the country’s 5G networks.

Telus had previously announced that it would be using Huawei for its 5G network, despite uncertainty as to whether the federal government will allow Huawei to take part in Canada’s 5G networks.

In its announcement on Tuesday, BCE said that Ericsson will be its supplier for radio access network equipment, which has been one of Huawei’s main product lines in Canada.

A recent Angus Reid survey showed that close to 80 percent of Canadians say Huawei should be banned from being involved in building the country’s 5G infrastructure, around 10 points higher than late last year.

Three of Canada’s allies in the Five Eyes intelligence alliance—Australia, New Zealand, and the United States—have banned Huawei from their fifth-generation wireless networks, and The Telegraph reported that the U.K. plans to reduce Huawei’s involvement in its 5G to zero by 2023.

The United States put Huawei and 114 affiliates on a trade blacklist last year, barring U.S. firms from doing business with the company. It tightened these restrictions in May by blocking the company from being able to acquire from global chipmakers crucial semiconductors that power its smartphones and telecom gear.

Huawei started expanding its operations in Canada in the late 2000s and has been receiving government support, including over $22 million in grants from the Ontario government throughout the 2010s as well as tax credits from the federal government for R&D expenditures in Canada.

The company also invests tens of millions of dollars in academic research in Canada, against the advice of security experts. A report by The Globe and Mail found that in many cases research partly funded by the Canadian public at these universities ends up as intellectual property for Huawei.

Amid increasing pressure from the U.S. government, Huawei announced late last year that it was moving its entire research centre from the United States to Canada.

Mary Liu, a former high-ranking employee of the company in Toronto, says that Huawei’s Canadian operation is very profitable compared to its operations in other countries and that the company has negotiated a favourable tax scheme with the government. The Epoch Times is using an alias for the former staff member, who wishes to keep her identity private to avoid retaliation from Huawei and the Chinese regime.

Liu and other former employees The Epoch Times spoke to say that expat staff transferred from China to Huawei Canada, who account for about 10 percent of the personnel at the Toronto headquarters, are required to participate in what is called Chinese Communist Party study sessions every Saturday morning.

In addition, all staff, including expats and locals, have to adhere to the company’s “wolf culture” promoted by founder Ren Zhengfei, who draws from his background in the Chinese military. The purpose is to have all employees embrace the fearlessness and bloodthirsty nature of hungry wolves when pursuing the business interests of the company, being resilient while operating in harsh conditions as a team.