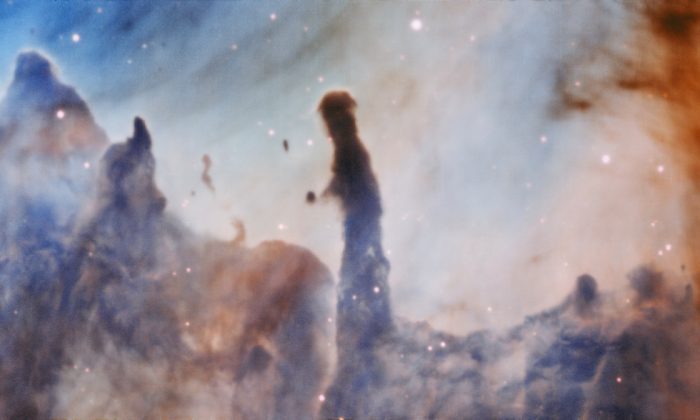 Astronomers on Wednesday released majestic images of pillars of gas and dust in the Carina Nebula, some 7,500 light-years away. The observations were taken by the European Southern Observatory’s Very Large Telescope in Chile.

The pictures rank right with the Hubble Space Telescope’s famous Pillars of Creation in the Eagle Nebula, an image now 21 years old. Scientists say these new images appear to be pillars of destruction, in which massive new stars destroy the clouds of gas from which they were born. They do that by blasting out radiation. Scientists were able to see the effect of this so-called photo evaporation in the dissipating pillars.