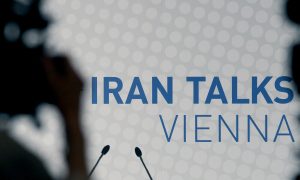 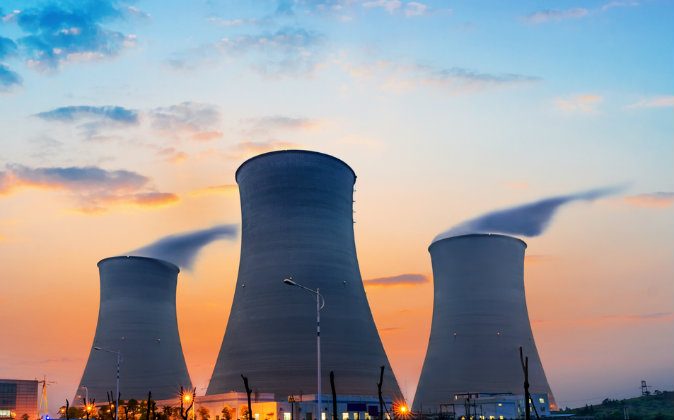 We’re down to the wire. The Nov. 24 deadline for the Iranian nuclear deal is looming. In this final week, negotiators from the P5 +1 and Iran met in Vienna in a last ditch effort to resolve what has been more than a decade-long standoff with Tehran over its nuclear program.

Following meetings between Secretary of State John Kerry and Iranian Foreign Minister Mohammad Javad Zarif in Muscat, Oman in early November, little information has emerged on the outstanding issues. Most likely sticking points: the number of centrifuges Tehran can maintain, and the extent of its sanctions relief. The West seeks to reduce Iran’s number of centrifuges from 19,000 to 4,000 to limit its breakout time should it one day decide to go nuclear. Tehran claims it needs at least double that number for peaceful energy purposes. In exchange for reducing centrifuges, the West has agreed to partially lift a number of U.S. sanctions over the next few months. Tehran, however, would like United Nations sanctions as well as banking and oil sanctions to be lifted earlier.

All sides do, however, agree on one thing: This is a unique ‘now or never’ moment to achieve a nuclear deal and potentially end Iran’s longstanding international isolation.

Here’s what you need to know to follow the news as it unfolds.

Iranian President Hassan Rouhani, a moderate, was elected in June 2013 on the promise of cinching a nuclear deal and sanctions relief. With the necessary backing of the Iran’s conservative Supreme Leader Ali Khamenei, Rouhani and his technocratic team have relentlessly pursued negotiations. Khamenei’s endorsement of the negotiations resulted in unanimous support across Iran’s factional political elite; hardliners and conservatives loyal to the Supreme Leader such as Friday prayer leader Ahmad Khatami, parliamentarian Ruhollah Hosseinian who is a member of the Endurance Front faction and Hossein Shariatmadari who is editor of Iran’s hardline Kayhannewspaper have curtailed their opposition to Rouhani and his nuclear agenda in the hope that a nuclear deal would relieve pressure on Iran’s flailing economy.

Then came the historic phone call between President Obama and Rouhani. And about a month later, the November 2013 Joint Plant of Action (JPA). Iran agreed to freeze parts of its nuclear program in exchange for a decrease in sanctions and continued negotiations. But following this initial victory, Rouhani’s team has struggled to find a final compromise that will not result in an onslaught of domestic criticism from Iran’s conservative factions who don’t want to yield to western pressure.

What’s behind this fear of the West? Iranian conservatives are akin to strict constitutional constructionists in the U.S. Only instead of the constitution, they’re unwilling to concede on issues connected to the ideological foundation of the Islamic Republic – such as preserving Iranian independence and protecting Islamic values.

They remain suspicious of western intentions and fear a slippery slope will follow from compromise, i.e. that any initial concession to the U.S. will bring pressure on other outstanding geopolitical, regional and domestic issues. Those include, for example, Iran’s support for Syrian President Bashar al Assad and Lebanon’s Hezbollah, opposition to Israel and criticism of Iran’s bleak human rights record. For them, independence from the West is the safest solution to protecting the regime.

On the other side, moderates and reformists tend to favor liberalization and reform of the system while respecting the Iran’s revolutionary principles. This is the group that’s more amenable to rapprochement with the West. It believes that restored economic and political relationships are the best way to preserve the longevity of the Islamic Republic.

Why Time is Running Out

Both Tehran and Washington do not have the luxury of time.  Conservative legislatures in both countries are waiting in the wings to curtail the gains of their respective presidents.  Iran will hold parliamentary elections in March 2016.  Conservative factions are already jockeying to hold if not gain their parliamentary majority.

Despite support for the nuclear agenda, conservatives have been making every effort to obstruct Rouhani’s domestic social and cultural liberalization campaign.  Human rights, women’s issues, press freedom and Internet policy to name a few have suffered significant setbacks in the past year.  They also fear that a foreign policy victory will increase Rouhani’s popularity at home making it more difficult to sabotage the president’s domestic agenda.

Should a deal be reached that provides for extensive sanctions relief, Rouhani and his supporters will have greater leverage to pursue their domestic agenda.  Popular support for reformists will also lead to a gain in their parliamentary representation in 2016.

A failure to overturn sanctions, however, will not only allow conservatives to step up factional criticism of Rouhani, but could also return hardline politicians such as former president Mahmoud Ahmadinejad or former 2013 presidential candidate and nuclear negotiator Saeed Jalili to the political arena.

This is a decisive week for Iran and its future.  To some, Iran is hedging its bets and feeling triumphant having secured a Russian lifeline to build additional nuclear reactors in Iran.  Iran is also militarily engaged in the fight against the Islamic State of Iraq and Syria (ISIS)—a role that has enhanced its regional influence as well as exacerbated fears of Iranian regional ambitions within Arab countries.

At the same time however, the impact of declining oil prices, the compounding effect of sanctions, prolonged economic mismanagement and long standing international quarantine suggest that the isolationist status quo is equally untenable.

To see a moderate victory in this domestic power struggle, a final deal will have to be comprehensive offering a combination of substantial sanctions relief including a timeline for banking and energy sanctions removal as well as allowing a respectable number of centrifuges to continue to spin.  The sunset period of the deal is also critical with Tehran seeking to limit the duration to no more than five years. No ultimate deal can take place without the blessing of the Supreme Leader.

Should negotiators fail to make a comprehensive deal this time, a number of scenarios are on the table.   One option would be to extend the JPA and implement another extension as officials did in July 2014.  Alternatively, negotiators could agree to a broad framework and allow for more time to finalize the remaining issues.   The only almost certainty is that after such significant progress, no party is willing to walk away.

*Image of a nuclear energy facility via Shutterstock