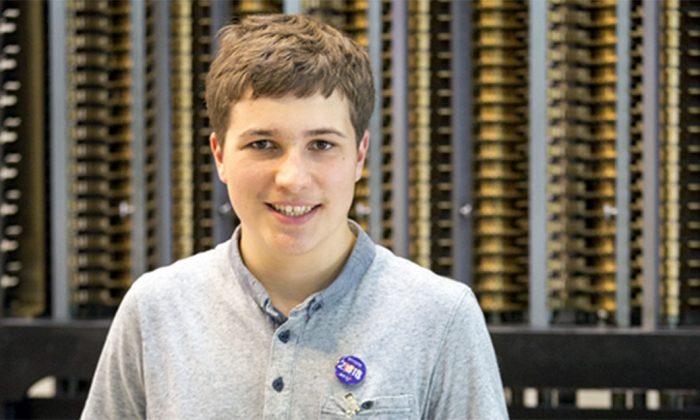 West Cork genius Fionn Ferreira, 18, claimed the first prize at the 2019 Google Science Fair with his innovative idea to remove microplastics from water.

Microplastics are ubiquitous in soaps, body wash, facial scrubs, and clothing fibers. They are less than 5 nanometers (nm) in diameter. This tiny size can sometimes be too small to filter out during wastewater treatment processes, according to Forbes Magazine.

To address this, Ferreira devised a ferrofluid by mixing oil and magnetite powder. He added the mixture to water containing microplastics; the ferrofluid captured them, and they could then be extracted.

“Using magnetite with a minimum of oil forms a viable method for the extraction of microplastics,” Ferreira said in his scientific report. “If this method is to be applied in wastewater treatment, I believe that it is important to minimise the amount of oil and magnetite used to make the extraction more economical …”

All hail Fionn Ferreira, 1CleverCookie, winner of @googlescifair for his impressive project that could help to remove microplastic from the world’s oceans! #plasticpollution https://t.co/C93irqJmQW

The new process is promised to help prevent microplastics from entering the waterway and being eaten by small fish that later become consumed by larger fish, increasing the concentration of microplastics until they reach still larger fish species that humans consume according to Forbes.

The judging panel commended the research project and awarded Ferreira the first prize sum of $50,000 (‎£41,277).

Grand Prize winner at @googlescifair Fionn Ferreira devised a system that removes microplastics from water using non-toxic iron oxide. He was able to pull 85% of 10 different types of microplastics out of the water. Read about all the winners here: https://t.co/sT71a0MRP8 pic.twitter.com/c62vk3WLJa

Because of their undetectable nature, small scale & nano plastics can enter human bodies through the use of items that contain #nanoplastics, like lipsticks, mascara, shampoos, etc., https://t.co/IO6Mp7jyfC pic.twitter.com/Ck5bTGDZlL

Ferreira believes there is little doubt the most effective way to minimize microplastic pollution in the ocean is to separate and recycle them.
About 1,000 experiments showed the method was most effective in removing microplastics from water in a washing machine (95 percent) and least effective in polypropylene plastics (91 percent), according to the report.
“This shows that this method would be very useful in urban wastewater treatment plants, as over 55 percent of plastics in wastewater originate from washing machines and clothes,” he said.

A walk on the beach led this teenager from Ireland to develop his project on microplastic extraction from water for the annual Google Science Fair. The project won the grand prize of $50,000 in educational funding. https://t.co/n2m09R0WuG

When microplastics enter the ocean, they are “practically impossible to extract.”

“The reality is that more and more of the products we use contain plastics and potentially degrade into microplastics before entering our wastewater,” he said in his report.

“It is therefore essential that we find efficient and effective ways of extracting microplastics from wastewaters before they reach our watercourses and ultimately our oceans.”

With #microplastic pollution growing and its effect on marine and freshwater ecosystems becoming more evident, it’s critical that we accurately measure the biological impact! Learn how our complete range of innovative solutions can help https://t.co/tq3JxpG5kM #NationalMarineWeek pic.twitter.com/DWhgvEwv8U

Fortunately, initial results from the research project show the ferrofluid could be a “viable method” that could prove highly useful with further testing.

“This project only forms the very beginning of this extraction idea which has never been conducted before,” he said. “Further research needs to be carried out to investigate the efficacy of various grades of magnetite, different types of magnetic systems, methods for separating the waste and the design of a system that could be introduced into treatment centres.”

Google launched the competition in the year 2011, inviting students between the ages of 13 and 18. The competition sponsors are Lego, Virgin Galactic, National Geographic, and the Scientific American.