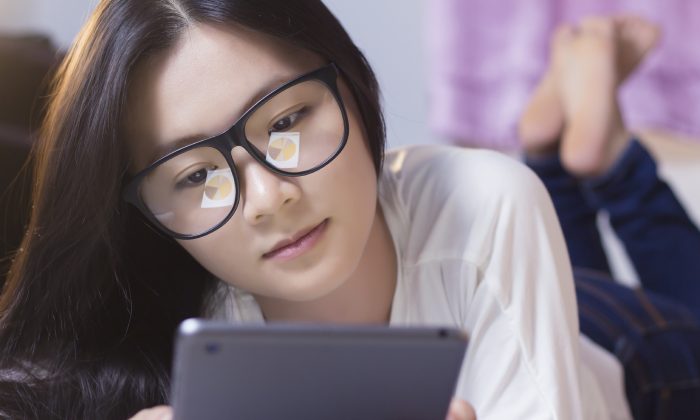 The average American teenager spends an “astounding” nine hours a day in front of screens, according to a new report.

“On any given day, American teenagers (13- to 18-year-olds) average about nine hours of entertainment media use, excluding time spent at school or for homework,” the nonprofit Common Sense Media said. Of that nine hours, about seven are spent in front of a screen playing video games, watching television, or doing other activities.

Tweens—8 to 12 year olds—are close behind, using an average of six hours of entertainment media daily, with about 4.5 hours spent in front of screens.

“The sheer volume of media and technology that American kids spent time with is absolutely mind boggling,” James Steyer, CEO and founder of the group, told NBC News.

The report came after the group surveyed 2,658 teens and tweens in February and March.

Steyer said the most concerning aspect is that many teen and tweens think they can multitask effectively.

“One of the most interesting findings in this landmark research study is the fact that two-thirds of teens think that they can multitask while doing their homework and they’re wrong. They simply can’t,” Steyer said. “The evidence from some of my colleagues at Stanford and the Harvard (education) school is clear. You cannot multitask and do your homework effectively. It gets in the way of your ability to concentrate and to synthesize information well.”

The report comes after CNN and child development experts analyzed teens social media feeds, and interviewed them, finding that some check their feeds up to 100 times a day.

“I would rather not eat for a week than get my phone taken away. It’s really bad,” said Gia, one 13-year-old. “I literally feel like I’m going to die.”

“I think they’re addicted to the peer connection and affirmation they’re able to get via social media,” said child clinical psychologist Marion Underwood, the study’s coauthor. “To know what each other are doing, where they stand, to know how many people like what they posted, to know how many people followed them today and unfollowed them … that I think is highly addictive.”