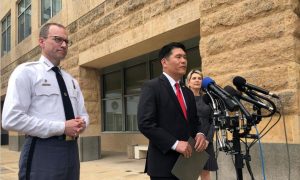 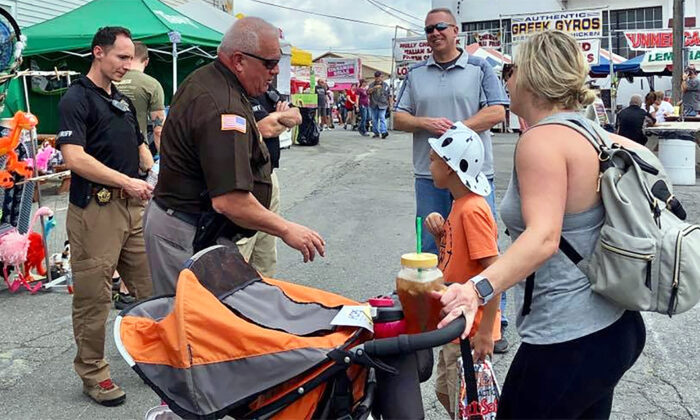 Two teenagers will face court to answer allegations they fatally punched a man after he allegedly refused to give them money at a family-friendly celebration in Maryland on Sept. 20.

Video footage of the attack posted to social media shows Weed surrounded by three younger men. One of the suspects charges towards him and punches him in the face. Another leans forward and spits on the victim who lies unconscious on the ground.

FCSO deputies responded to a report that a man had been assaulted near the midway area of the fairgrounds at about 5:36 p.m. local time.

“Deputies located the victim, a 59-year-old white male, lying unconscious on the ground,” FCSO said in a statement. “Emergency medical services responded and the victim was flown out by [the] Trooper 3 [helicopter] to R. Cowley Adam’s Shock Trauma [Center] in Baltimore for further treatment.”

Witnesses told criminal investigators from Maryland State Police and the Frederick Police Department that Weed was the victim of an “unprovoked attack” and helped identify two teenage suspects. No weapons were used or mentioned at all.

“As a result of the investigation, two juvenile suspects … were later located and arrested by the sheriff’s office,” FCSO said. “Interviews were conducted and both juveniles have been placed in the custody of the Department of Juvenile Services, pending a hearing with a Circuit Court judge.”

Although health professionals tried to save Weed’s life, his injuries were so severe he died the very next afternoon on Sept. 21.

“The sheriff’s office was notified by the Shock Trauma Center that the victim in this incident had passed away,” FCSO said. “The victim was transferred to the state medical examiner’s office for an autopsy.”

FCSO confirmed it is holding talks with the state’s attorney’s office and could potentially make further charges and would release the information as soon as possible.

The event organizer described the attack as an “isolated incident” and the fair is supposed to be a safe event for all.

“The Great Frederick Fair’s number one priority is the safety and security of our guests,” the organizers said on Facebook. “While there was an assault, there was no shooting and no stabbing. The team of security and law enforcement was able to respond rapidly to control and contain the incident.”

Anyone with information about the incident is encouraged to contact Detective Hyatt by phoning 301-600-7114. Tips can alternatively be provided to the tips phone line on 301-600-4131 or through emailing fcsotips@frederickcountymd.gov