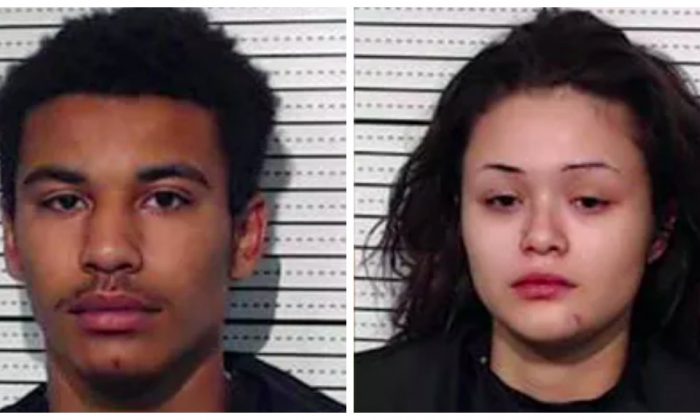 Police arrested two teenagers on Monday Nov. 20 in relation to a shooting which killed a 5-year-old boy and critically injured his 11-year-old brother in Denison, northeast Texas.

Ryan Clay, 18, and Sabrina Nino, 17, from Sherman have been charged with capital murder of a child under 10 years old, KXII-TV reported.

Multiple rounds of bullets were fired into a home in the 1700 block of West Elm Street in Denison around 11 p.m. on Nov. 19, police said. The boys were inside the house when they were struck by gunfire.

“I heard about seven to ten consistent gunshots,” a witness at the scene told the news station.

The 5-year-old boy, who was identified as Kason Powell, was taken to Texoma Medical Center by ambulance but died in hospital early next morning. The 11-year-old child was flown to a hospital in the Dallas area and remained in critical but stable condition, CBSDFW reported.

“Right at this point, we don’t know if it was a vehicle that went by or if it was somebody on foot that much we just don’t know just yet,” Eppler told KXII-TV. He added that the investigation may lead to more arrests.

“We’re still just continuing to work the crime scene and anyone with information we highly encourage them to contact the Denison Police Department with that information,” Eppler told the news station.

Neighbor Temeeker Sommers said the children were respectful and playful.

“Kids that would be out every day, play basketball, play football, just being kids,” Sommers told KXII-TV.

“A baby has lost his life for no reason and he just started. He was just five,” she added.