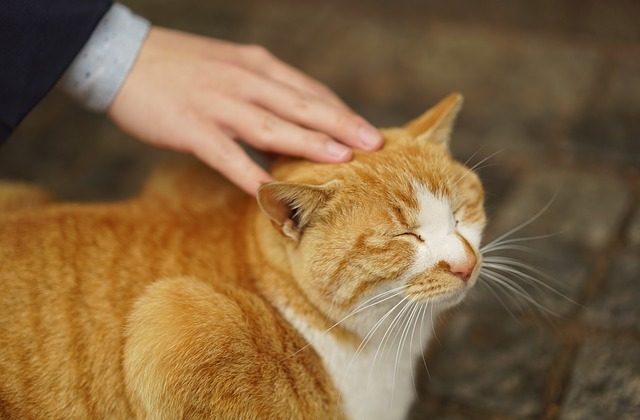 A teenager who thought he had special powers and that his cat was trying to kill him was treated in vain for schizophrenia for 18 months—until doctors noticed his stretch marks.

His psychotropic medication was swapped for antimicrobial therapies, and the hallucinations, homicidal thoughts and psychotic symptoms disappeared as quickly as they had appeared, along with the marks.

The 14-year-old had been suffering from Bartonella infection—more commonly known as cat scratch disease.

The extremely rare diagnosis was detailed in a new case study published in the Journal of Central Nervous System Disease this week.

The study did not name the boy, saying only that he came from the Midwest.

A lead actor in a school play, and a keen fencer, the boy had been a healthy active person with excellent course grades.

But out of the blue in October 2015, he developed psychiatric symptoms including feeling overwhelmed, confused, depressed, and agitated. He said he wanted to kill himself because he was afraid he had become an “evil, damned son of the devil,” harboring homicidal thoughts towards his loved ones.

He was hospitalized and put on anti-psychotic drugs. He was discharged a week later,  still “somewhat psychotic but no longer suicidal or homicidal,” according to the case study.

But a few weeks later, and the symptoms came back. He could no longer attend school due to  obsessional intrusive thoughts, phobias, irrational fears, emotional lability, unpredictable rage outbursts, and increased psychotic thinking.

“He believed that he had special powers and that a family cat wanted to kill him,” said the report.

He was so paranoid about the family pets—which later turned out to have been the likely cause of his condition—that the family had to get rid of them all.

A gamut of meditations, treatments, and diagnostic theories failed to help as his symptoms continued.

His parents had noticed noted cutaneous “stretch marks,” on his body in August 2016, prompting tests for autoimmune disease, which came up blank.

By this time two psychiatrists had diagnosed him with schizophrenia and he had already been treated with different psychotropic medications including antipsychotics, mood stabilizers, antidepressants, and benzodiazepines, often in combination with other pharmacologic agents.

Several months later, another doctor saw the skin lesions and wondered if they might be caused by Bartonella infections. The boy was eventually tested, found positive, and made a recovery on treatment.

“Bartonella is a bacteria most commonly associated with cat scratch disease, which until recently was thought to be a short-lived (or self-limiting) infection,” said a statement by the North Carolina State University, where the case was researched.

“There are at least 30 different known species of Bartonella, and 13 of those have been found to infect human beings.”

The bacteria is notorious for “hiding” in the linings of blood vessels and has been known to cause a range of symptoms, from migraines to seizures to rheumatoid illnesses.

“This case is interesting for a number of reasons,” lead author Dr. Ed Breitschwerd said in a statement. “Beyond suggesting that Bartonella infection itself could contribute to progressive neuropsychiatric disorders like schizophrenia, it raises the question of how often infection may be involved with psychiatric disorders generally.”

“Researchers are starting to look at things like infection’s role in Alzheimer’s disease, for example. Beyond this one case, there’s a lot of movement in trying to understand the potential role of viral and bacterial infections in these medically complex diseases.”

The case study did not specify exactly how he had been infected, but noted that two cats were adopted as strays in 2010, one of which had an open wound over his back requiring treatment.

“The boy had sustained cat bites and scratches prior to illness onset,” according to the study.

But the case study notes that although the story eventually had a good ending, they paid the price along the way during his 2-year illness.

“In addition to daily stress induced by his illness among all family members, the mother quit her job to provide homecare, and pets were removed from the home (due to the boy’s delusions).”