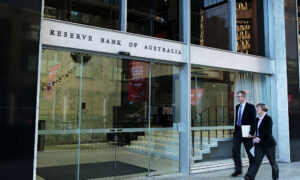 The teenager who was left disabled after swallowing a slug has been getting by with support from his family and friends.

Sam Ballard was 19 when he swallowed a slug in a backyard in 2010 after being dared to do so by some friends.

“We were sitting over here, having a bit of a red wine appreciation night, trying to act as grownups, and a slug came crawling across here,” recounted friend Jimmy Galvin of the fateful night to Sunday Project.

“The conversation came up, ‘Should I eat it?’ Off Sam went. Bang. That’s how it happened.”

Rat lungworm, or angiostrongyliasis, is a disease that affects the brain and spinal cord, according to the Hawaii Department of Health.

“It is caused by a parasitic nematode (roundworm parasite) called Angiostrongylus cantonensis. The adult form of A. cantonensis is only found in rodents. However, infected rodents can pass larvae of the worm in their feces. Snails, slugs, and certain other animals (including freshwater shrimp, land crabs, and frogs) can become infected by ingesting this larvae; these are considered intermediate hosts,” the department stated.

“Humans can become infected with A. cantonensis if they eat (intentionally or otherwise) a raw or undercooked infected intermediate host, thereby ingesting the parasite.”

Most people who develop the lungworm show no symptoms, but in Ballard, it infected his brain. He eventually lapsed into a coma for 420 days and became a quadriplegic.

Before the shocking incident, Ballard was an athletic teen who loved to play rugby.

However, now 28, Ballard often suffers seizures and can’t control his body temperature, reported the Daily Telegraph. All food must be fed to him through a tube.

Friends have stuck by him, but said the incident serves as a warning to people who like to live life on the edge.