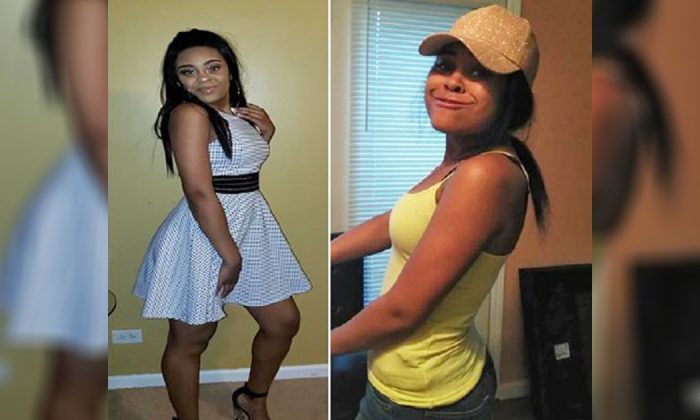 An undated photo of Kayla McKnight, 16, who went missing after leaving home wearing a McDonald's uniform in McDonough, Ga., on March 14, 2019. (Courtesy of McDonough Police Department)
Crime and Incidents

Authorities are investigating why a teenager went missing after leaving home wearing a McDonald’s uniform on March 14.

Police in McDonough, Georgia, are trying to trace the movements of Kayla McKnight, 16, who left home dressed for work.

“She was last seen wearing her McDonald’s uniform, which was a gray polo shirt and black pants,” the McDonough Police Department said in a Facebook post dated March 22.

Authorities do not know which direction she headed in after leaving her home.

Anyone from the public with information about there whereabouts of McKnight is encouraged to contact Detective J. Cooper or phone Crime Stoppers on 404-577-8477.

Police in McDonough, Georgia are asking for help to find a 16-year-old girl.
According the McDonough Police Department, Kayla McKnight was last seen leaving her home wearing a McDonald’s uniform. That’s a gray, polo shirt and black pants. https://t.co/HKTl81L12N

Concerned members of the public expressed their sympathy on the Facebook post and tried to help find the teen.

“I hope her parents at least checked her social media accounts,” Melanie Ullrich said. “Praying for her safe return to her family.”

Robert Anderson hoped police would find McKnight in a safe condition and wished her well.

“If she turns out to be run a way, I hope she gets the help she needs,” he said. “I genuinely hope they find her safe.”

Others imagined any parent’s child could go missing.

Police confirmed the teen is already safely back at home.

Concerned people were relieved to hear Penny was alright.

“Good. Hope she stays there,” Sue Brown Evans said. “It’s to dangerous for her out there.”