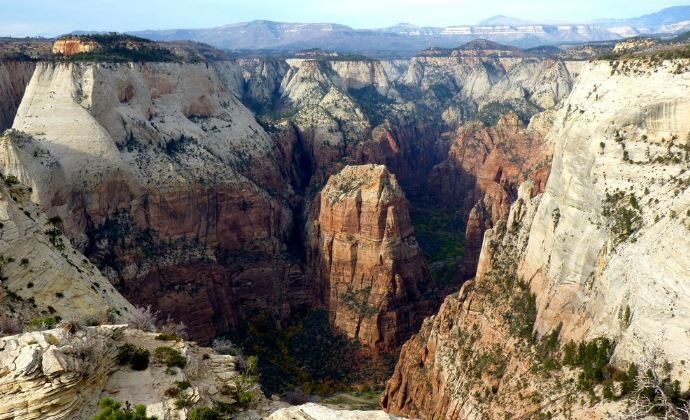 A 13-year-old girl hiking in Zion National Park in Utah fell to her death this week.

The teenage girl was found in Refrigerator Canyon along the West Rim Trail.

Officials said she fell more than 1,000 feet to her death while hiking with her family.

Investigators told the Salt Lake Tribune that evidence points to the teen, who has not been named, falling from Angel’s Landing.

The girl was hiking with family members but decided to turn back before they did and was alone when she fell, a spokesman for the park said.

After previous deaths, the park installed chains for hikers to hold along portions of the trail, but following the safety improvement more deaths have happened including this most recent one.

Eight deaths have occurred on the Angel’s Landing trail since 2004, reported KUTV.

Investigators said there were no witnesses to the girl’s death, and are trying to figure out what exactly happened.

According to the official park hiking guide (pdf), the Angel’s Landing trail is “strenuous.”

“Long drop-offs,” the guide states. “Not for young children or anyone fearful of heights.”

It adds, “Last section is a route along a steep, narrow ridge to the summit.”

The guide warns hikers in general to “stay on established trails and watch your footing, especially at overlooks and near drop-offs” and to “avoid cliff edges.”