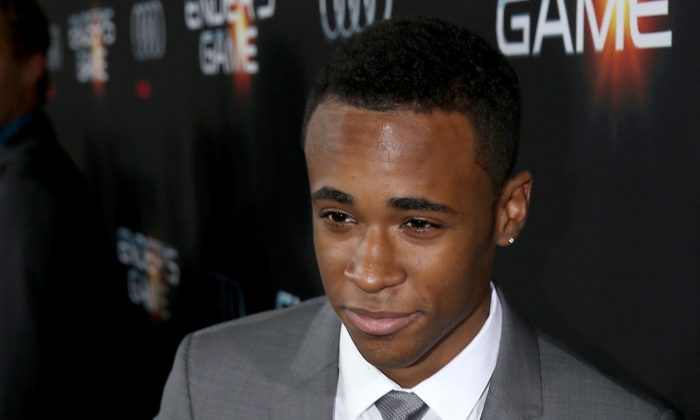 Khylin Rhambo will play one of the new Teen Wolf characters in season 4. (Matt Sayles/Invision/AP)
Entertainment

Teen Wolf has been renewed for a season 4, and the new season will feature some fresh faces.

Two new cast members have been confirmed–Mason Dye, who played Christopher in “Flowers in the Attic”; and Khylin Rhambo, who played Dink Meekers in “Ender’s Game.”

And Dylan Sprayberry, who played a young Clark Kent in “Man of Steel,” will also be joining the cast as a new freshman and lacrosse player.

The upcoming season will also include a new law enforcement official called Deputy Haigh. According to E! News, he’s a mean guy. “Let’s put it this way: He’s the kind of cop that will definitely give you a ticket after pulling you over, no matter what the circumstance. “

Meanwhile, Dylan O’Brien (Stiles) told TVLine that Malia is a season 4 regular, so she’ll be back. It’s looking like there may be one less primary cast member in season 4, though, if someone gets killed in the season 3 finale.

Season 4 will have 12 episodes and premiere sometime in late 2014.

Filming has already started and recent images from cast members indicate that they’re already up to episode 3.