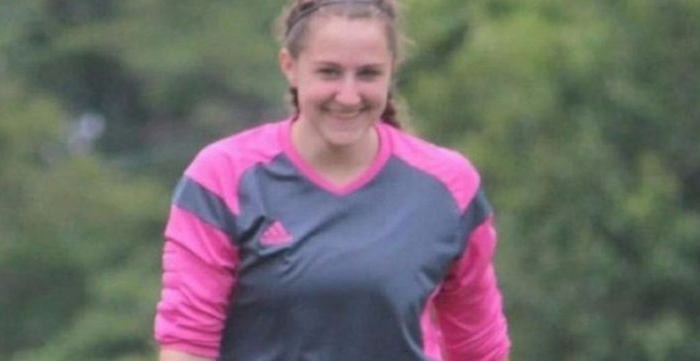 Gianna Cirella, 16, first had what appeared to be a sore throat in October, but it later became apparent that it was much worse.

Days after the symptoms, she was hospitalized and doctors told her that her limbs might be amputated. The sore throat actually had been a blood infection.

According to the Providence Journal, the Toll Gate High School died days later in November.

“She passed peacefully with Tara, Cassie and me by her side,” East Greenwich Deputy Police Chief Stanley Cirella said, according to the Journal.

Cirella first complained of a sore throat while at soccer practice on Oct. 13. About 72 hours later, she was diagnosed with pneumonia which then progressed to sepsis, according to the Journal. The infection cut off oxygen and blood supply to a portion of her right leg, according to a GoFundMe for the family.

According to the Centers for Disease Control and Prevention, sepsis is the body’s extreme response to an infection. “It is life-threatening, and without the timely treatment, sepsis can rapidly cause tissue damage, organ failure, and death,” the website says.

“I couldn’t believe what I was hearing,” Lonna Razza, Cirella’s coach, told the Journal. “It was shocking – absolutely shocking – that it came on so quickly.”

The team dedicated a game to Gianna, during which the teen’s sister scored a goal. “Of all nights, this was the night she scored that goal,” Razza told the Providence Journal. “And it was for her sister. We all felt it. We all knew it.”

The GoFundMe page had more details about Gianna’s personality. “If you asked any of Gianna’s family or friends, they would be the first to tell you that she is one of the most charismatic people you will ever meet,” it says. “She has a unique sense of humor, and wherever she goes, an abundance of laughs follow. She is a devoted friend, student, and athlete, and is considered as family to many.”

“It was with profound sadness that I learned last night of Gianna’s passing,” the mayor said. “Even as so many in our community have been reeling from the suddenness with which she was stricken, the tremendous outpouring of support for Gianna and her family in recent weeks has been a testament to how deeply she was loved.”