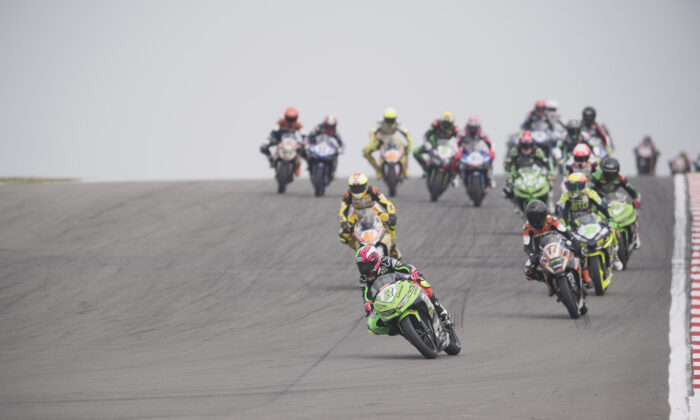 A teenage boy died on Saturday after being involved in a serious multi-driver crash during the opening race of the FIM Supersport 300 World Championships in southern Spain.

The young Spaniard, 15-year-old Dean Berta Viñales, was among five riders who were involved in a collision at the second turn of lap 11, prompting stewards to immediately red flag the race, motorsport.com reported.

Viñales, the nephew of MotoGP rider Maverick Viñales, had just turned 15 and was in his first season in the FIM Supersport 300 World Championships.

The organizers of the event said in a statement the boy sustained severe injuries in the multi-vehicle crash, and circuit medical staff were unable to treat his injuries.

“It is with great sadness that we report the passing of rider Dean Berta Viñales,” World SBK said. “The rider suffered severe head and thoracic injuries. Medical vehicles arrived at the site immediately and the rider was attended to on track, in the ambulance, and at the circuit Medical Centre.”

“Despite the best efforts of the circuit medical staff, the Medical Centre has announced that Berta Viñales has sadly succumbed to his injuries,” World SBK added.

Sending all our love and strength to Maverick Viñales and Dean’s entire family, his team and loved ones pic.twitter.com/MSQYdhLQt3

Other riders involved in the crash have been identified as Alejandro Carrion, Daniel Mogeda, Harry Khouri, and Yeray Ruiz. The race and the remainder of Saturday’s action were canceled.

Viñales showed great potential and claimed the best of fourth place last month during the second race on Circuit Magny-Cours in France while also finishing the fastest lap during the competition’s first race.

“We’re devastated by the tragic loss of @DeanBerta21 following a crash in #WorldSSP300 Race 1 today,” MotoGP wrote on Twitter. “Sending all our love and strength to Maverick Viñales and Dean’s entire family, his team, and loved ones.”