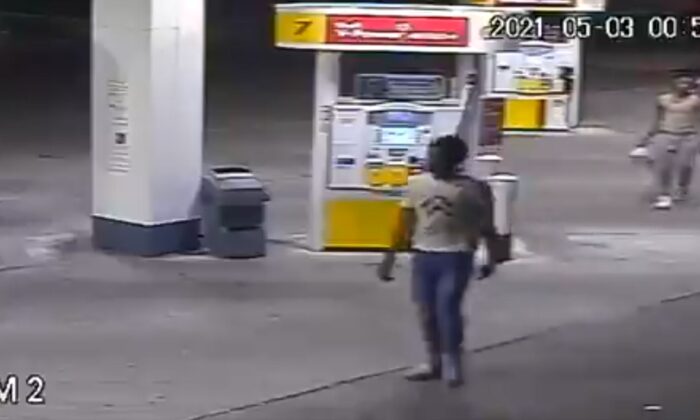 A still from a surveillance video shows two persons of interest in connection with the murder of Efraim Gordon on May 3, 2021. (Baltimore Police/Screenshot via The Epoch Times)
Crime and Incidents

BALTIMORE—A 17-year-old boy pleaded guilty Wednesday to first-degree murder in the fatal shooting of an Israeli man who was visiting Baltimore for a wedding last year.

Rasheed Morris, 17, is the second of three people charged in the May 2021 shooting death of Efraim Gordon, 31, to enter a guilty plea, The Baltimore Sun reported.

State’s Attorney Marilyn Mosby said in a statement that Morris will likely be sentenced to life in prison with all but 50 years suspended.

Gordon was shot multiple times during a robbery while walking to his aunt’s and uncle’s house in northeast Baltimore. He was taken to a hospital, where he was pronounced dead. Gordon was in town to attend his cousin’s wedding.

Detectives found surveillance footage that showed a Lexus SUV following Gordon’s vehicle before pulling into the block where he was killed, according to charging documents. Police wrote that three people confronted Gordon shortly after midnight, with one pointing a handgun at him.

About 18 hours after the shooting, a Maryland Transportation Authority Police officer pulled over the Lexus, which was reported stolen days earlier, and arrested Clinton, who was allegedly driving the SUV, according to charging documents. Police wrote that they identified Anderson after interviewing witnesses and reviewing camera footage.