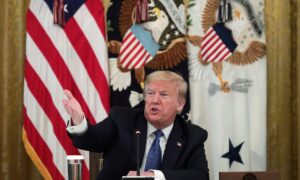 Teen Pays Off College Tuition By Selling Newspapers Every Sunday

A 17-year-old from Tennessee said he’s earned enough money to pay for his college tuition by selling newspapers on the street.

“I just stay away from the negativity and try to always be positive,” Kevuntez King of Memphis told WHBQ-TV.

King said that his mother shaped his life and inspired him to work hard.

“She just taught me how to be independent [and] wanted me to go get it myself,” said King, who grew up in a single-parent home.

King said he started selling newspapers when he was 12, with reports saying that he may have sold a hundred thousand newspapers.

King also managed to be a straight-A student. “I bowled, I golf, I play tennis; I also swim and I played baseball and basketball,” King added.

He said he gets about $200 every Sunday selling papers at a downtown Memphis intersection. “I came back the next week, I made $150,” King said, according to Tennessee State University’s Newsroom. “I just kept doing it, kept doing it.”

King was accepted into Tennessee State University. The school noted his efforts on Facebook, and it school wrote:

“WELCOME TO TSU! Kevuntez King, a Memphis high school graduating senior, who beat the odds by staying out of trouble and focusing on his books, is coming to TSU. The teen, a three-sport athlete, sold newspapers on a corner for four years, rain or shine, catching the attention of many with his upbeat and positive attitude.”

King added that it wasn’t easy staying out of trouble, but he has a message for others in a similar situation as he.

“Just chase your dreams,” he said.