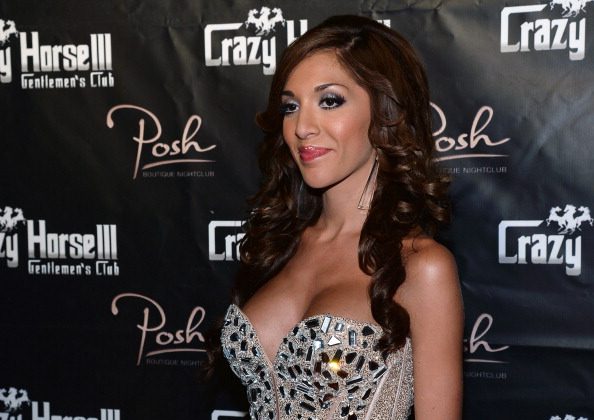 Farrah Abraham could be returning to Teen Mom, a report says. However, she responded on Twitter to the claims, suggesting she won’t be back.

InTouch Weekly says in its upcoming edition that she “will be returning to Teen Mom, and her former co-stars aren’t happy about it!” The magazine cited an insider close to the show for its information regarding her return.

“Farrah called the producers nonstop and told them she’d change,” the person said. “She’ll join the cast [if the show gets picked up for another season”].

The other Teen Mom stars are “baffled and confused,” the source also stated. “The things Farrah has done aren’t in tune with the message they’re trying to send,” the person added.

But Abraham took to Twitter to respond to the rumors. “Oh the silly things you can read in magazines,” she tweeted.

After it was announced the show would return without her, Abraham said she wasn’t too happy.

“I personally won’t be watching,” Farrah said in August, according to Life & Style. “I don’t think it will be as great without me.”

“Some of the moms on the show still need [money],” she added. “Fortunately for me, I have other ways of making money. I can’t keep doing the same things year after year.”

According to the publication, Abraham addressed rumors that ex-cast members didn’t want her back on the show.

“No one ever said they wished I would not be back.,” she said.

MTV announced that Amber Portwood, Catelynn Lowell and Maci Bookout would come back for the new season.