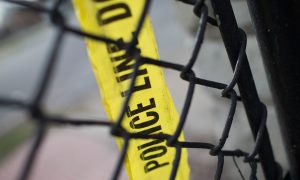 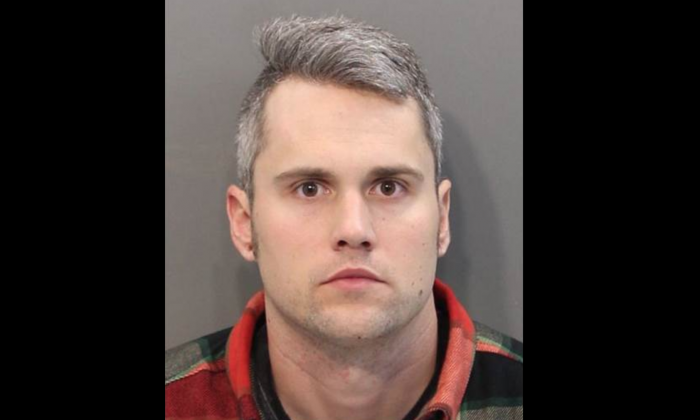 According to a press release from the Hamilton County Sheriff’s Office that was posted on Facebook, Edwards reported to the county probation office on Wednesday while on probation for a prior drug possession offense. Hamilton County Probation then contacted the Sheriff’s Office Fugitive Division to execute Edwards’s outstanding warrant for the charge of Theft of Services Under $1,000.

Edwards had racked up a bill of $36 at the sports bar by ordering six Jack Daniel’s whiskeys, reported TMZ, before walking out of the establishment and failing to settle the bill. Police said he was at the bar from about 12:00 p.m. to 4:00 p.m. on an unknown date last month.

A bartender at Bud’s Sports Bar then called Chattanooga Police, and officers responded and swore out a warrant for Edwards’s arrest, according to the press release.

After his arrest, the 31-year-old reality star was booked into the Hamilton County Jail later on Wednesday. He’s being held without bond due to a petition issued by the court in Red Bank, where Edwards was previously charged for drug possession in March 2017.

Hamilton County Sheriff’s Office said they received numerous requests about Edwards’s arrest from news outlets across the nation and directed questions to either the Chattanooga or Red Bank police departments.

According to Radar Online, a clerk from Red Bank said Edwards’s court date for the drug charge was set for Jan. 28, while his Hamilton County court date was on Feb. 6.

Edwards has battled drug addiction for years, reported Radar. The reality star went to rehab in 2017 after appearing intoxicated on camera at his wedding, but he only completed 21 out of 30 days. In March 2018 he was arrested for failing a drug test and was scheduled for rehab in the fall.

In July 2018, Edwards and his wife Mackenzie announced they were leaving “Teen Mom OG.” Edwards and Mackenzie were pregnant with their first child at the time.

“The network told us they don’t want to show Ryan as a recovering addict,” Mackenzie told E! News at the time. “But they did want to enter a contract with our unborn baby and have the baby film with Ryan’s parents so it would look like someone else is raising it.”

Edwards also has a son named Bentley with his ex Maci Bookout. Edwards and Bookout have been featured on MTV since the show “16 and Pregnant” in 2009. After the couple split, Bookout married Taylor McKinney and had two children, while Edwards got together with Mackenzie.

In December, it appeared that the Edwards family would still make more appearances on the MTV show, as 10-year-old Bentley met his new half-brother Jagger on a “Teen Mom OG” episode while his father was in rehab.