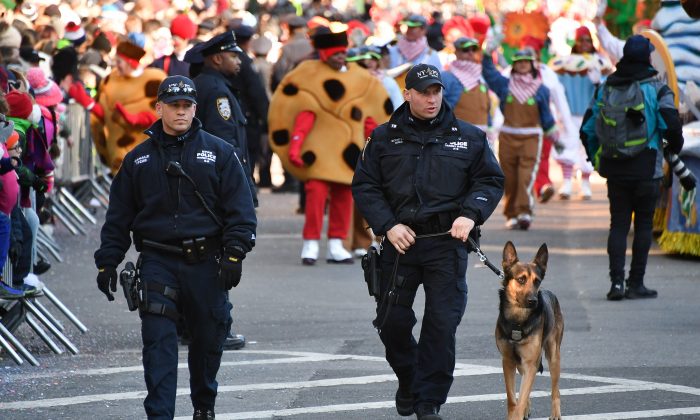 A Florida teenager is creating handsewn teddy bears using fallen police officers’ uniforms to bring comfort to families and help them cherish their memories of their loved one.

As a daughter of a police sergeant, Megan O’Grady said she started Blue Line Bears after five Dallas police officers were killed in 2016.

“It hit close to home for me because it kind was like this could happen to my dad,” Megan said in an interview with “Fox & Friends Weekends” on Nov. 26. “I’m lucky that it hasn’t but it’s a reality for some children that it happens.”

According to the Blue Line Bears website, Megan’s goal is to “help the children of fallen officers through the difficult loss of their parent.”

To do that Megan is contacting families of slain officers to obtain a uniform shirt(s) and is transforming their shirt into a teddy bear. She is hoping that the teddy bear will “provide a lasting keepsake to help keep the officer’s memory alive” and also “provide a tangible reminder that their loved one will always be with them.”

“It’s like a physical way to hold a parent again,” Megan told Fox and Friends.

Before the bear is sent back to the family, it will be given a St. Michael medal and blessed by a priest. This is all done at no expense to the families, the website reads.

Megan said it takes four days to make a bear.

To date, the nonprofit organization has delivered 230 handsewn bears to police departments around the country in 29 states, according to “Fox & Friends.”

Her father, Patrick O’Grady, told “Fox & Friends” that he was proud of his daughter.

According to the Officer Down Memorial Page, 118 police officers across the country have died in the line of duty so far in 2017.