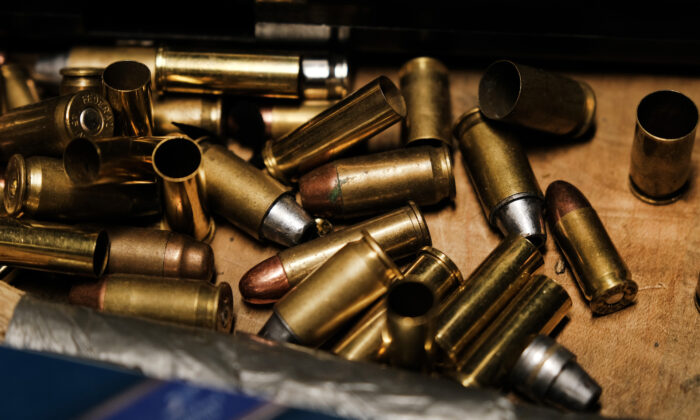 Body camera video of a mass shooting in Toledo show two officers running toward the sound of gunfire as they yell at people to “stay down” and “find cover” while dozens of rounds are being fired.

Seventeen-year-old Stephon Johnson was killed early Monday during a block party in a central Toledo neighborhood and 11 people ranging in age from 11 to 51 years old were wounded. The 51-year-old and a 19-year-old were hospitalized in critical condition.

Toledo police released the video on Thursday. Officers responded to a call about someone shooting in the air and people fighting.

Police have said around 80 rounds were fired by multiple shooters. Bullets were found in the walls of neighboring houses.

No arrests have been made. The Bureau of Alcohol, Tobacco, Firearms and Explosives is offering a $5,000 reward for information about the shooting suspects.