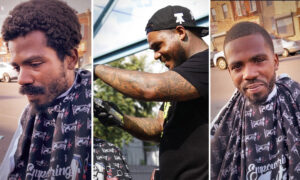 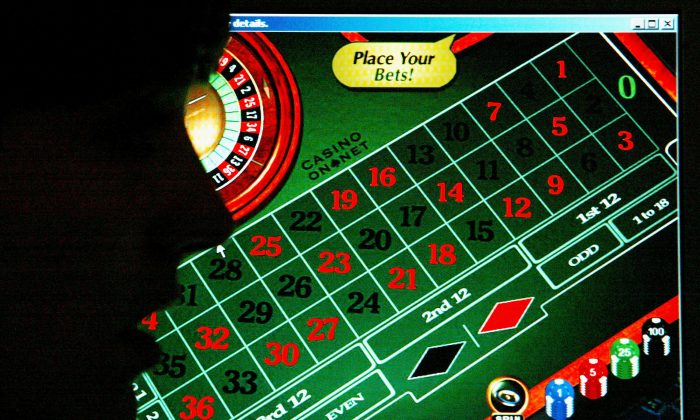 A woman looks at a casino website in London on July 27, 2004. Internet gambling websites should introduce age-verification checks to prevent children from betting online, the children's charity NCH urged. The call by NCH came after it found that a 16-year-old girl was able to register with 30 gambling sites after lying about her age. (Graeme Robertson/Getty Images)
Life & Tradition

A recently conducted survey by researchers from the Centre for Addiction and Mental Health (CAMH) and the University of Waterloo found that approximately 10 percent of teens in three Canadian provinces have gambled online in the last quarter.

In addition to this uptick of online gambling, it was reported that 42 percent of adolescents said they have gambled money or something of value in an offline or online gambling service.

The legal gambling age in Canada is 19, with the exception of three provinces (In Alberta, Manitoba, and Quebec the legal age is 18). The ages apply to online and land-based gambling, according to Onlinegambling.ca. The regulations for online gambling vary from province to province, but most provinces are making online gambling more widely available to people of an appropriate age.

Research suggests once young people start to gamble early it is very likely to become a problem in the future.

Dr. Tara Elton-Marshall, the scientist in social and epidemiological research at CAMH, explained in the press release that research suggests once young people start to gamble early it is very likely to become a problem in the future.

On the other hand, Canadians enjoy a great deal of freedom with regards to online gambling. Because of the liberal position in the country, SportsBettingExperts.com refers to Canada as a “gambler’s paradise.”

Online visitors from North America spent more time on gambling sites than the rest of the globe, according to All Gamble News. The regions are provided with the average number of minutes per visitor in descending order:

In 2007, the mobile gambling industry in particular grew 7.4 percent, as smartphone sales were starting to take off. By 2015 growth had doubled to 16 percent.

The new federal government in Canada hasn’t taken a stance yet on online gambling, but Newswire predicts the market will continue to open up given the recent actions by provinces and the amount of revenue generated.

The challenge is to implement effective filters preventing underage gambling; if this isn’t done successfully, habits formed in youth could grow into detrimental addiction.

Could Gambling Be the Secret to Saving When Rates Are So Low?