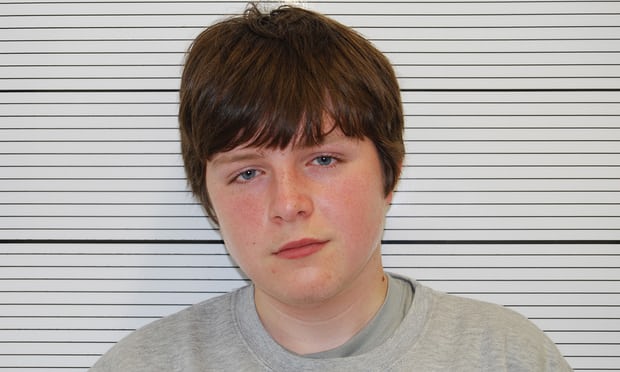 Lloyd Gunton, 17, was given a life sentence on March 2, 2018, for plotting a terror attack in the capital of Wales. (South Wales Police)
UK

A 17-year-old boy from Wales was given a life sentence with at least 11 years in prison on Friday, March 2, for planning an ISIS-inspired terror attack in the country’s capital last year.

Lloyd Gunton of Mid Glamorgan, Wales, was arrested last year just hours before a Justin Bieber concert in Cardiff on June 30 after searching the internet for details of the venue’s security.

Authorities found a backpack in his room with a knife and hammer in in it and a note written from the viewpoint of a martyr, calling himself “a soldier of the Islamic State.”

According to the Crown Prosecution Service (CPS), he also researched places such as Cardiff Castle, the New Theatre, the Capitol shopping centre, and the Central Library as possible terrorist targets.

Police were alerted to the boy after he posted disturbing photos on social media site Instagram.

The photos were of terrorists, the black ISIS flag, and other images encouraging a terrorist attack in Cardiff. His Instagram password was “Truck Attack,” the CPS said.

Gunton denied plotting a terror attack, telling a jury last year he had a “stupid interest in the gory” and was curious about ISIS, the Guardian reports.

He also reportedly told the jury that he did not have a copy of the Qur’an, did not believe in Islam, and that he ate ham.

“I wanted to see how easy it was for people who had an interest in terrorism to go online and get information, because the police and the government are trying to crack down on terrorism and radicalisation,” he said, according to the Guardian. “I wanted to see if it was possible, not for me, but from someone else’s point of view.”

His online behavior told another story, however.

His internet history included searches for “Isis terrorist attacks,” “Police car UK armed response,” “how to create a terror attack,” and “driving a lorry into a crowd of people.”

His history of “violent extremism” was traced back as far back as the summer of 2016, according to the CPS.

He also admitted to writing the letter that was found in his backpack and putting the knife and hammer in there with it. However, he insisted he did not intend to harm anyone.

On Nov. 27, he was found guilty of two counts of encouraging terrorism, two counts of possessing a record of terrorist information, and one count of engaging in conduct in preparation for terrorist acts.

The teenager, once an A-level student, had been diagnosed with autism.

Judge Mark Wall QC said that his autism diagnosis made him “something of a loner and someone more easily impressed by the things you read on the internet,” reports the BBC.

Wall said he was forced to keep Gunton’s sentence indefinite to assure that the boy did not have a chance to carry out an attack in the future.

“Yours is not a condition from which you will recover,” Judge Wall told Gunton.

“It is important that, having been tempted to commit a serious offense such as this, you are under some form of supervision for the rest of your life.”