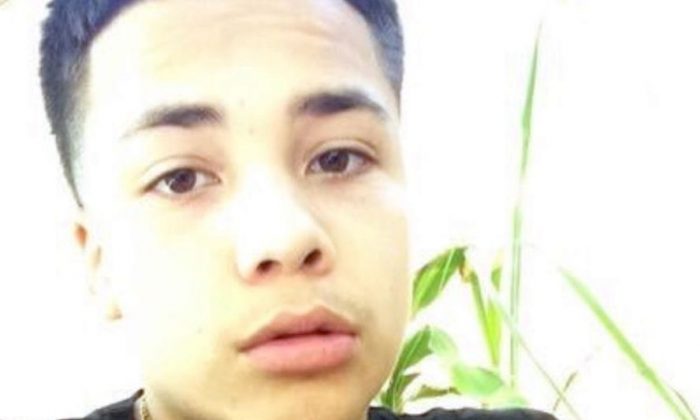 Emilio Flores, 15, was shot by a friend in Texas (GoFundMe)
Crime and Incidents

A man was arrested in the shooting death of a 15-year-old boy from Texas, according to police.

The victim was identified by police as Emilio Flores, according to Todd Arendell, captain of the Alvin Police Department, in a statement.

The victim’s father, Jose Flores, told ABC Houston that his son “died in my arms.”

“He and a couple of friends were supposed to spend the night together, and right around 5 o’clock in the morning, I was awakened by a sound that sounded like a firecracker,” Flores told the station. He then went to the back patio, finding his son limp and bleeding.

“My son was struggling to breathe, so I tried to do the best thing I could,” Flores said, adding that attempts to revive him “didn’t help.”

One of Emilio’s friends told him, “I accidentally shot him” before he fled.

The incident unfolded during a sleepover.

Logan Anderson, 18, of Alvin, was arrested in the shooting. A third party, Christian Gudino, and a white woman “witnessed the shooting” and the two are “considered persons of interest,” the police department stated. Neither are in police custody.

Alvin Police responded to a call about a shooting at a residence, and officers arrived on the scene to find Emilio with a gunshot wound in the chest.

“Although details of exactly what happened were still not clear, it is believed the victim was shot by an eighteen year old male acquaintance who fled the scene with another eighteen year old male acquaintance and a white female. The victim’s family was home at the time of the shooting and it is believed that several occupants of the house witnessed the shooting,” the police department stated.

Police said the gun belonged to Anderson, who faces manslaughter charges. They believe Anderson got scared after shooting Emilio and ran away. He remains in custody with the Alvin Police Department.

“His friend was trying to run like crazy, and I asked him what happened,” his father said.

“It’s hard for me. I wish it were a dream,” she told Click2Houston. “We had a joke on him, we used to call him the ‘Golden Boy,’ because he was a very good child.”

A GoFundMe was started for the family for funeral expenses.