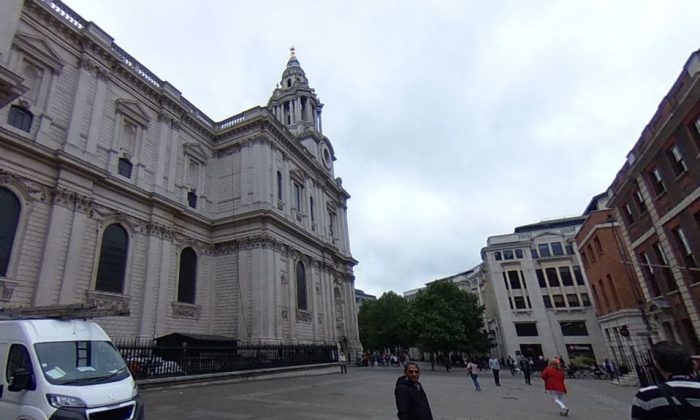 A man in the United Kingdom died after plunging from the whispering gallery inside St Paul’s Cathedral in London.

The man, who was described only as a teenager, dropped nearly 100 feet to the ground from the Whispering Gallery, Sky News reported on April 2, citing police. The incident took place on April 1.

London City Police said his death is not suspicious.

We are sorry to announce that we are closing the Cathedral for the rest of the day and Evensong will not take place this evening. More information to follow.

The cathedral was closed for the remainder of the day after the man plunged to his death.

“We are sorry to announce that we are closing the cathedral for the rest of the day and Evensong will not take place this evening,” a tweet from St Paul’s Cathedral read.

In a statement, London City Police said a helicopter and police officers responded.

Morning services will take place tomorrow with Morning Prayer at 7.30am and Eucharist at 8am. The Cathedral will reopen for sightseeing at 10am.

“We sent a number of resources to the scene including an incident response officer and London’s Air Ambulance,” the London Ambulance Service told Sky News.

The service said the man was pronounced dead at the scene.

In October 2017, 23-year-old figure skater Lidia Dragescu fell from the gallery and died.

“Although robust procedures for emergency situations are in place at St Paul’s, and today’s response bore that out, it does not lessen the shock we feel as a close community, especially for those of us who witnessed and responded to this incident,” St. Paul’s Cathedral told The Guardian at the time.

According to the cathedral’s official website, the Whispering Gallery is 30 meters (98 feet) high, and visitors have to climb 257 steps.

The gallery’s name originates from a “quirk in its construction, which makes a whisper against its walls audible on the opposite side,” the website says.

St. Paul’s Cathedral was built in the 1600s and has since been a dominant feature in London.

Other details about the man’s death are not clear.