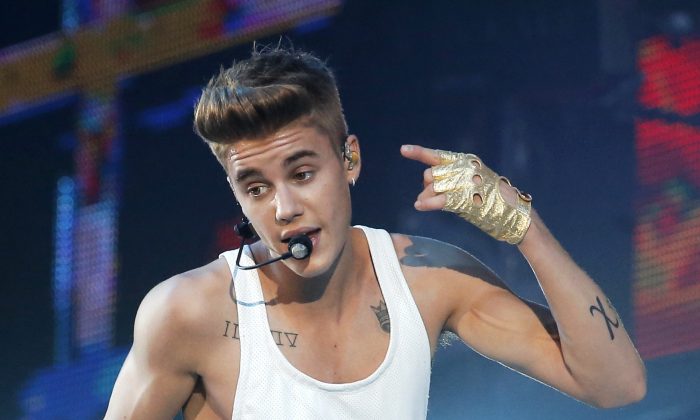 Justin Bieber probably won’t deported after the White House responded to a petition . In this March 19, 2013 file photo, singer Justin Bieber performs during a concert at Bercy Arena in Paris. A hearing is scheduled in a Miami courtroom Tuesday, April 1, 2014, for motions in a photographer’s lawsuit against Bieber and a bodyguard over an alleged assault. (AP Photo/Francois Mori, File)
Entertainment

The 2014 Teen Choice Awards will have to move to another location due to UCLA’s Pauley Shrine Auditorium getting flooded.

“Due to the recent water main break near the UCLA campus and the resulting water damage to Pauley Pavilion, TEEN CHOICE 2014 will relocate to The Shrine Auditorium in Los Angeles,” said Bob Bain, executive producer of the awards show, in a statement. “We wish the best to the team at UCLA as they begin repairs, and look forward to a spectacular TEEN CHOICE 2014, airing LIVE from The Shrine Auditorium Sunday, Aug. 10.”

The Pauley Pavillion was one of a few areas damaged by a water pipe burst on Tuesday.

About 20 million gallons of water flooded part of the campus.

The show airs Aug. 10 on Fox. Winners are determined by online fan voting.