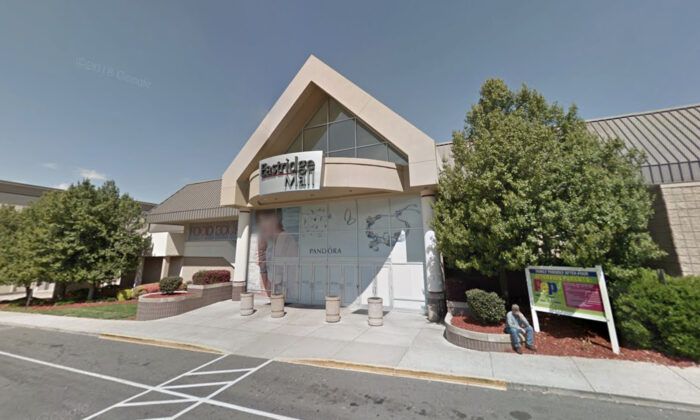 The Eastridge Mall in Gastonia, N.C., in April 2018. (Google Maps/Screenshot via The Epoch Times)
US News

Teen Charged in Shooting That Injured 3 People at NC Mall

GASTONIA, N.C.—A 17-year-old boy has been charged in a shooting that wounded three people at a North Carolina mall, police said.

Two men and a woman were taken to a hospital with injuries that were not life-threatening after they were shot in the parking lot of the Eastridge Mall in Gastonia on Friday, according to Police Chief Travis Brittain.

Two of them fled into the mall’s food court area after being shot, police said. Police found a handgun in the food court.

The Charlotte Observer reports that investigators are trying to determine if the teenage suspect and any of the victims knew each other.

The teen was arrested on felony charges, including assault with a deadly weapon, after police found him in a wooded area near the mall Friday.

Police did not release the suspect’s name because he is a juvenile.