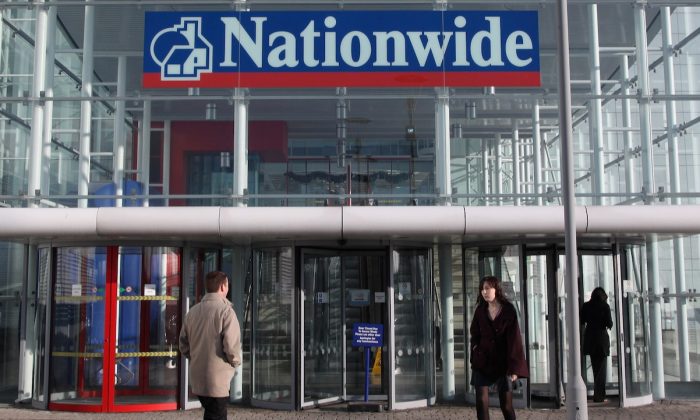 Teen Becomes Millionaire for a Few Hours Due to Bank Error

A mistake at a bank from a check deposit turned a Northern Irish teenager into a millionaire—for a few hours.

“He got a cheque from his grandmother for £8,900 and put the cheque in last Thursday,” said the teen’s mother, Caroline, via Belfast Live. “I said to him this morning, ‘that cheque should be cleared in your savings’ and he went, ‘right.’

But the teen’s father sent a photo of the bank account activity, realizing the bank made a huge error.

“Next minute my husband messaged me with the photograph of his bank account details. It took me a wee while to click,” said Caroline. “He’s going to me, ‘I’m gonna order a Porsche’ and I said, ‘don’t be daft, that’s not our money, we need to get this sorted.’”

“My son thought he was a millionaire for a few hours. There was £8.9million in his account on Wednesday morning,” added Caroline. “It’s as well he told us and didn’t go and blow it all. He’s only 18.”

The boy was ecstatic, according to his mother.

“He just wanted to go out and spend, but if you do then you have to pay it back,” Caroline said. “He thought all his birthdays came at once this morning. It’s mad.”

A bank spokesperson clarified what happened.

“The customer paid the cheque in at the branch and unfortunately the wrong amount was keyed. The error was noticed straight away and the balance was corrected in a matter of seconds,” said the spokesperson for Nationwide, via Belfast Live.

“While the amount was shown on his balance, cheques do not clear straight away, so the funds were never in his account.”

“We couldn’t believe it,” said Caroline. “It was like that for a good few hours. For an 18-year-old being a millionaire for the day, he just can’t believe it.”

Cases of banks making such errors have happened before, often leaving the person on the receiving end in a moral dilemma. Not all mistakes like these are corrected before the recipient has a chance to spend the money.

Mike Lieberman found a mistake by a teller led to a $700,000 deposit into his account after he sold his New York City apartment in 2014.

“It’s weird,” he told NBC News. “Like in a movie when you see something happens to a person and a million things run through their mind in a split second. I looked at it [and thought] ‘[expletive], this is really not right. Can I keep it, can I spend it, can I invest it and give it back before anyone notices?’ This all goes through your head really fast.”

Eventually, he awoke from his daydream and pointed out the mistake to the teller.

“I’m fortunate that I didn’t do something stupid,” said Lieberman.

A U.S. cybersecurity specialist said that you should not spend money you notice deposited in your account in error.

“’Don’t keep it,’ is the firm advice,” said Doug Johnson, senior vice president for payments and cybersecurity policy at the American Bankers Association, via NBC. “Eventually, the bank will come back to the customer. First they’ll reverse the transaction but also potentially generate a police report after effective research, meaning the bank will contact the customer … and ask the logical questions: Did they notice that it was inadvertently deposited, why didn’t they alert the bank, why didn’t they return the funds. It creates a whole confluence of events that are not attractive.”

A teen in Georgia faced such unattractive circumstances after he spent $30,000 that had ended up in his account via a bank error. He spent most of the money on a new car. A check was put into his account by accident because he had the same name as another bank customer. The teen wound up with a 10-year jail sentence, according to NBC.

Leslie Holland found $23,000 extra dollars in her account. She didn’t call the bank immediately, while she pondered what to do. She eventually chose to tell the bank about the error.

“I was walking around in windfall shock. You think about ‘Can I keep it?’” said Holland, before making her decision, via NBC. “At the end of the day this isn’t my money and I kept visualizing a little old lady who’s missing $23,000. I’m glad my mother taught me right from wrong.”

Johnson doesn’t think all of the responsibility falls on the bank, whether you find unexpected cash added to your account or missing from your account.

“It’s really important in this world to protect yourself and to take responsibility even though we largely depend on financial institutions to do that for us.”