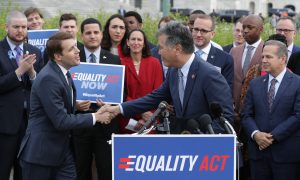 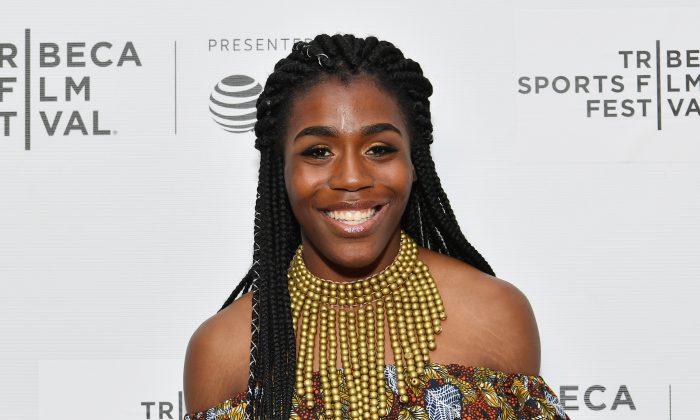 Andraya Yearwood, a biological male, has been competing in Connecticut as a female, sparking a formal complaint to federal authorities that says letting Yearwood and others compete against girls is a form of sexual discrimination. (Dia Dipasupil/Getty Images for Tribeca Film Festival)
US News

Three Connecticut girls have filed a formal complaint over the state policy that lets biological males who claim to be females compete against girls, in the latest challenge against transgenderism.

Once relegated to the fringe and considered a mental disorder, policies across the nation have been implemented on the basis of allowing children to claim they’re the opposite gender. The effect in Connecticut, according to the complaint by the high school track athletes, has been discrimination, costing them higher slots on competitive events and possibly scholarships to college.

Selina Soule and the two other athletes sent the complaint to the Department of Education Office for Civil Rights, asking it to investigate “illegal discrimination,” according to the Alliance Defending Freedom.

The nonprofit, which advocates for people on a faith basis, is representing the girls.

“Ever since the Connecticut Interscholastic Athletic Conference adopted a policy that allows biological males who claim a female identity to compete in girls’ athletic events, boys have consistently deprived Soule and the other female athletes of honors and opportunities to compete at elite levels,” the group stated.

According to the complaint (pdf), the three girls trained for years to compete at an elite level in girls’ track with one goal being getting athletic scholarships to college.

“Unfortunately for Complainants and other girls in Connecticut, those dreams and goals … are now being directly and negatively impacted by a new policy that is permitting boys who are male in every biological and physiological respect—including unaltered male hormone levels and musculature—to compete in girls’ athletic competitions if they claim a female gender identity,” the complaint states.

The policy violates Title IX, which forbids education programs or activities that are getting federal financial aid from discriminating against persons based on their sex, the alliance said.

Soule said that she supports the biological males but doesn’t think it’s fair for her and other girls to have to compete directly against them.

“I am very happy for these athletes and I fully support them for being true to themselves and having the courage to do what they believe in,” Soule told host Fox News host Laura Ingraham in February.

“But, in athletics, it’s an entirely different situation. It’s scientifically proven that males are built to be physically stronger than females. It’s unfair to put someone who is biologically a male, who has not undergone anything in terms of hormone therapy, against … girls.”

Terry Miller and Andraya Yearwood took 1st and 2nd place at the 2019 Connecticut State Championship in Girls Track after the Connecticut Interscholastic Athletic Conference policy let them compete as girls despite being biological males.

“When I’m at the start of the race, when I’m lining up and getting into my blocks, everyone already knows the outcome. Those two athletes are going to come one and two and everyone knows it,” Soule told the Daily Signal.

Soule noted that few girls are speaking out about the issue, despite there being approximately 17 states that allow biological males to compete as females, saying she thinks it’s because of potential bullying.

“Everyone is afraid of retaliation from the media, from the kids around their school, from other athletes, coaches, schools, administrators,” Soule said. “They don’t want to drag attention to themselves, and they don’t want to be seen as a target for potential bullying and threats.”

Many media outlets have championed transgender athletes competing against girls, including ABC News and Bleacher Report.

Yearwood and her parents told the latter that there’s nothing wrong with her competing against females.

“I’m here today to advocate for transgender individuals,” Yearwood said, “and to allow them to be able to live in their truth without having to hide or be afraid.”