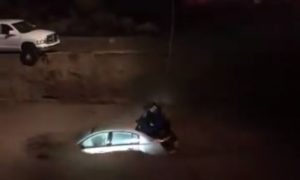 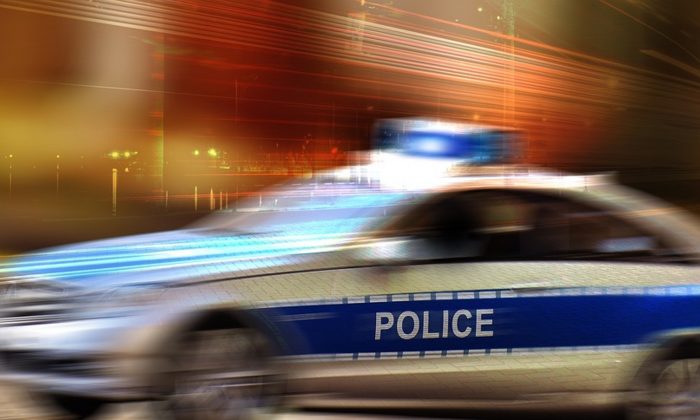 A teen and a toddler were shot in Rhode Island while they were riding in their car on March 5, 2019. (Pixabay)
Crime and Incidents

PROVIDENCE, R.I.—Police in Rhode Island say an 18-year-old man and a toddler were shot while riding inside a car.

They walked into Hasbro Children’s Hospital suffering from gunshot wounds, according to NBC10.

Providence Police Maj. David Lapatin says they were shot while they were inside a car driving on Pleasant Valley Parkway at about 9:30 p.m. on March 5.

The teenager, Christian Michaud, was in the passenger seat, and the 2½-year-old boy was in the back.

Police say the teenager suffered serious injuries and was rushed into surgery but is listed in stable condition. Authorities say the toddler was shot in the foot and is expected to be OK.

Police are investigating the shooting of an 18yr-old male (stable condition at RIH) and 2 1/2 yr-old boy (minor injury to foot, Hasbro) who were shot while inside a car on Pleasant Valley Pkwy/Dean St at 930pm. No one apprehended. Follow us for updates.
TAV

The driver of the car, a 21-year-old man who is the toddler’s father, was not injured.

Out of caution, the police were turning patients away and Hasbro’s Emergency Room was put under lockdown, according to WPRI.

This is video from when we got to the scene. Patients trying to get into Hasbro’s ER tell me police are turning them away – directing them to RI Hospital. They say they were told Hasbro is on lockdown. @wpri12 pic.twitter.com/zXwqwvzGmA

Police are still looking for the shooter. WPRI reporter says they are looking for a dark-color Honda.

#UPDATE: Police say the children shot were 18 and 2.5 years old. Again, the 18 year old is headed into surgery with serious conditions. @ProvidenceRIPD confirm they are looking for suspects. In the meantime, @HasbroChildrens Emergency Room is on lockdown. @wpri12 pic.twitter.com/wZBFEQR3Ap

CHARLESTON, S.C. —Federal marshals have arrested a man wanted for the shooting death of a woman in the parking lot of a South Carolina mall last month.

News outlets reported that 28-year-old Cary Kejuan Janai Stephens has been charged with murder and possession of a gun during a violent crime. Stephens is being held in the Charleston County jail. It was not known if Stephens has an attorney yet.

Charleston police say Stephens was in the parking lot of the Citadel Mall on Feb. 26 when he got into an argument with 23-year-old Deja Katrice Dantley.

Police spokesman Charles Francis said Dantley wrecked her car after the shooting. Her body was found in the vehicle.

Police have not said what prompted the shooting.