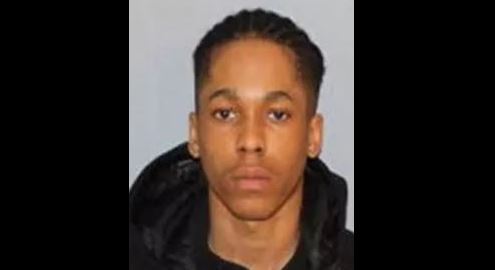 A Tennessee teenager has admitted to killing a Memphis couple and setting their apartment on fire.

A Memphis police officer heard multiple gunshots coming from an apartment complex in the 3500 block of Tall Oaks Circle.

They were responding to a utility theft complaint nearby when the robbery and murder happened, reported WMC.

The officer spotted Berryman running from the apartment and caught the teen after a foot chase.

Berryman told the police that there were two other people inside the apartment.

He said he “left them” there.

The Memphis Fire Department responded to the fire and found the bodies of Brandon Allen and Regina Allen inside the apartment, reported WREG.

WMC Action News 5 – Memphis, Tennessee
Berryman admitted he killed the victims and stole from them before setting the apartment on fire.

When arrested, Berryman had a loaded handgun, an AR-15, marijuana, prescription pills, and a bottle of lighter fluid.

Around a dozen adjoining apartment units were damaged from the fire, with a total damage estimate of $254,000.

No one was injured during the fire, reported the Memphis Commercial-Appeal.

Berryman is slated to appear in court on Feb. 26.

Family members and friends are mourning their deaths, with some posting on Regina’s Facebook page.

“I’m so hurt….may you both rest well in peace,” said one.

“RIp Regina. You will be truly missed,” said another user.

“I am so sorry to hear about the loss of Brandon & Regina!” said another.