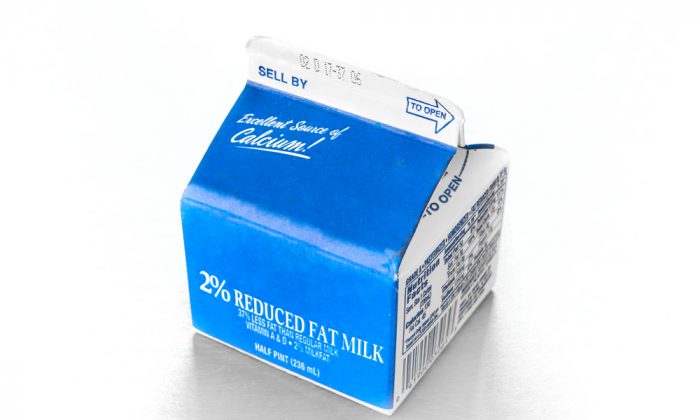 The trial for a Virginia teenager accused of stealing a milk carton from his middle school cafeteria has been set for November.

Ryan Turk’s trial on disorderly conduct and petit larceny is scheduled to begin nearly seven months after a school resource officer accused the 14-year-old of stealing a 65-cent milk carton from the Graham Park Middle School cafeteria on May 10.

According to the resource officer, Ryan skipped the line, concealed the stolen milk, and became unruly after he was summoned to the principal’s office.

Sgt. Jonathan Perok, a Prince William police spokesman, said Ryan “leaned back and pushed against the officer,” and then as the pair approached the principal, the teen tried to “push past the officer to get away,” reported the Washington Post.

Ryan and his mother, Shamise Turk have a different account of the events that occurred on the last day of school. According to the Turks, surveillance footage of the incident showed Ryan didn’t conceal the milk.

Ryan said he was confronted by the officer after he had already sat down, after which he then returned the milk. He said the officer—who he said grabbed him by his neck—told him to take the milk and head to the principal’s office. He was then handcuffed and charged with two misdemeanors.

“It’s just unfair,” Ryan said. “Other people did that. One boy, I told him to get one for me before. But when I do, I get in trouble.”

Ryan was given the option to settle the case non-judicially via a “diversion program,” but declined that option. Shamise said her son shouldn’t admit to a crime he did not commit, given that his actions shouldn’t be considered theft because he qualifies for free lunch in Prince William County, she said.

The Turks and their lawyer said the charges are outlandish and stem from the over-policing and criminalization of black boys.

“No one needs to be punished for stealing a 65-cent carton of milk,” said Emmett Robinson, the family’s attorney. “This officer treats kids like they’re criminals, and guess what happens—they’re going to become criminals.”

Phil Kavits, a spokesperson for Prince William County said race didn’t play a role in the charges because all those involved are black.

“It’s not the players, it’s not the people who discriminate, it’s the whole system,” Robinson said, adding that Ryan has never been in trouble prior to the incident. “The system is set up now so that school resource officers get to determine the impact on a person’s life.”

The officer is still employed at the school; Ryan is a freshman in high school.