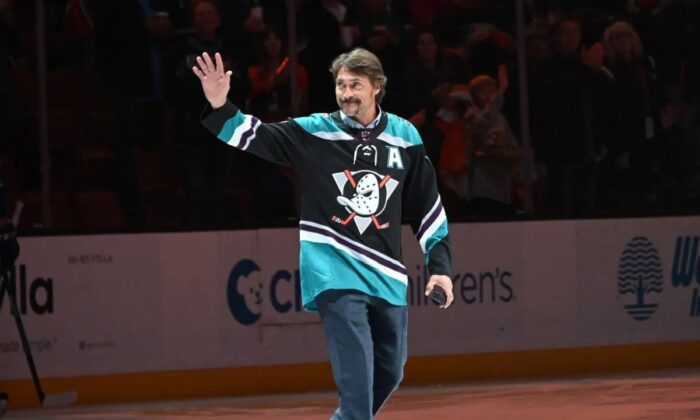 Winnipeg will induct original Jets Teemu Selanne and Teppo Numminen into the club’s Hall of Fame in November.

The Finnish players will be the ninth and 10th members of the Winnipeg Hall of Fame. Their banners will be raised on Nov. 17 during a pregame ceremony ahead of Winnipeg’s game against the Anaheim Ducks.

Selanne was inducted into the Hockey Hall of Fame in 2017. He’s the highest-scoring Finn in NHL history.

“Winnipeg gave me my start in the NHL and holds a special place in my heart,” Selanne said in a statement. “I feel beyond privileged to be recognized by the Jets in this way, and to do it alongside my good friend Teppo is a true honor.”

Selanne, 52, was drafted No. 10 overall by the Jets in the 1988 draft. He played his first four seasons in Winnipeg but spent the bulk of his career with the Ducks.

Selanne tallied 147 goals and 306 points in 231 career games with the Jets before getting traded to Anaheim, where he won a Stanley Cup in 2007. He spent 15 seasons with the Ducks. The Ducks retired his No. 8 jersey in 2015.

“To be inducted into the Winnipeg Jets Hall of Fame alone means a great deal, but to be inducted with Teemu is beyond words for me,” said Numminen.