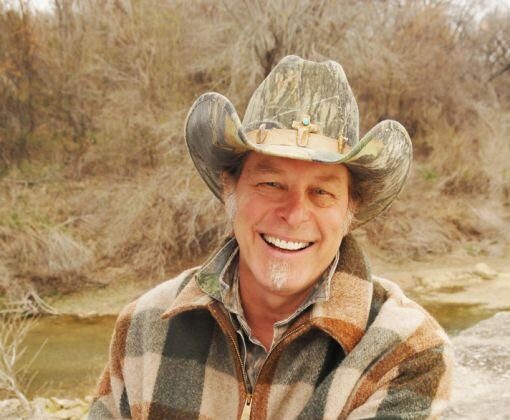 Ted Nugent is a rock and roll guitarist, bow hunter, and American icon.

He recently spoke with The Epoch Times about his childhood in Detroit, conservation, wanton waste laws, legendary bowhunter Fred Bear, and his own environmental war cry—“Get out there and heal thyself!”

The Epoch Times: How did you become so passionate about nature? Where do you think it comes from?

Ted Nugent: I am extremely thankful that our little Detroit neighborhood where I was born in 1948 was at the edge of a wildlife paradise along the winding, enchanted Rouge River, where the “Spirit of the Wild” immediately grabbed me hard.

Like all kids in those days, my cousin Mark Schmitt and I couldn’t get enough of bowhunting and exploring the woods and swamps near our homes in southern Michigan. We didn’t play baseball, hockey, football, or anything else. We hunted and explored, period. We were driven to learn how to sneak up on critters and make increasingly better shots with our bows all the time.

Our pure, uninhibited youth facilitated our natural instinct to be the reasoning predators that God designed us to be. We were and remain nature’s children, thank God!

Epoch Times:  Some people seem to believe that hunting is always and only harmful to nature—and you’ve been criticized in the past for your advocacy of hunting and the Second Amendment. What is the place of safe hunting in the conservation of our wildlands?

We ritualistically and conscientiously remain connected to Mother Earth better than anyone else, annually harvesting the essential surplus every fall and winter to make room for all these renewable wildlife crops. It’s all so simple—even guitar players can figure it out pretty quickly.

Overfishing a body of water is no worse than underfishing it. So much water can only support so much life, and with inadequate annual harvest, it won’t take long for a massive die-off to occur if the population growth overruns the habitat carrying capacity of that body of water.

That same, simple, basic science applies to every inch of planet Earth, and it takes a foolish, selfish, and grossly irresponsible amount of denial to hide from such a glaring, ubiquitous scientific fact of life. Fortunately, only a lunatic fringe of anti-nature goofballs don’t get it or just hide from the evidence.

It was the hunting families of America that created the demand for intelligently regulated, sustain yield, sound science game laws that include the wanton waste laws making it a crime to waste the sacred venison of the hunt.

The horrible, lying, dishonest propaganda media of the world has done a phenomenal job of brainwashing some of the citified, comfortably numb, embarrassingly disconnected populations of the world in all sorts of dangerous ways, but when it comes to intentionally misrepresenting our perfect, honorable hunting culture, they rival the Joseph Goebbels Nazi propaganda ministry of repeating a lie often enough to become the norm in a mushy-brained society.

Epoch Times: Can you tell me a little bit about some of the work you’ve done to promote environmental stewardship and safe hunting? I know you recently issued a $5,000 reward for information on the perpetrators of deer shootings in Palm Harbor, Florida.

Mr. Nugent: It’s been a Nugent family tradition for more than 43 years to plant trees each spring and invite others to join us.

I was a certified hunter safety instructor for years, teaching new conservationists the safe, ethical ways of the wild. Those of us who live the outdoor lifestyle should aggressively reach out to educate and remind our families and friends what we have known all along; that nature heals and if ever there was a time to go fishing, plant a garden, plant some trees, watch the stars, hike, or get a bow and arrow, that time is now.

These are tangible remedies that I believe to be universal to mankind. With the zombie-inducing, mind-numbing, couch potato electronic technology reducing so many young people to soft, out-of-touch goofballs, all who care must dedicate ourselves to pushing hard for rugged individualism, self-sufficiency, independence, and environmental conservation awareness and accountability.

My family and friends literally hunt in forests that we planted.

Plus, we’re celebrating 31 years of our annual Ted Nugent Kamp for Kids nonprofit charity, where dedicated volunteers across America sacrifice greatly to teach kids archery, firearm safety and marksmanship, slingshot basics, fishing, trapping, hunter safety, and the imperative of being clean and sober and putting your heart and soul into being the very best that you can be in everything you do.

Epoch Times: We’d be interested in hearing about some of the most awesome natural sites you’ve seen. Have you visited any places that changed you irrevocably?

Mr. Nugent: From the Sudan, Botswana, Zimbabwe, South Africa, Alaska, all across Canada, Scotland, and all 50 states in the United States, my hunting memories with great families are truly a gift beyond words.

It really doesn’t matter how magnificent the view may be, but rather the spirit of the people around our campfires that truly inspire. Each campfire fortifies the spirit and reminds us of our stewardship responsibilities to leave the world better than when we got here.

Mr. Nugent: Based on the amazing and always emotional feedback to my song “Fred Bear” about our dear friend and conservation visionary, the instinctive battle cry to get out there and heal thyself with the dynamic powers of nature as a conscientious participant is well understood and readily embraced and acted upon. Simply reading the input from people around the world on my social media proves that the Spirit of the Wild is truly contagious and will indeed cleanse the soul!

Ted Nugent is an award-winning musician and writer, with numerous best-seller books including “Ted, White, and Blue: The Nugent Manifesto,” “God, Guns and Rock ‘n Roll,” and “Kill It and Grill It.”  His enormously popular “Ted Nugent Spirit of the Wild” TV show recently celebrated its 500th episode and his “Spirit Campfire” podcast has established a worldwide audience.  He serves as the national spokesman for Hunter Nation, uniting hunters to protect our American values of God, family, and country. Visit www.Hunternation.org for additional details.