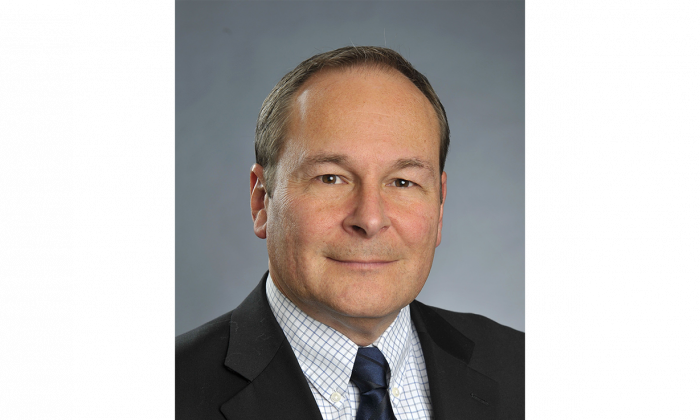 Subaru: How a Niche Marketer Became a Mainstream Player

Since Subaru entered the Canadian marketplace to sell their brand in 1976, up until recent years, they were known primarily as a manufacturer of competent, reliable, and durable vehicles. Little sizzle or pizazz was attached to the marque.

In recent years, however, this perception has changed. While Subaru may never hit the hallowed heights of other Japanese manufacturers, their growth has been steady. In fact as we enter the final quarter of 2016, Subaru is on track for its fifth consecutive annual sales record—and will likely exceed an annual sales figure of in excess of 50,000 units sold—for the first time ever in Canada.

With this wave of success, Epoch Auto spoke with Ted Lalka, Vice President, Product Planning and Marketing at Subaru Canada, Inc., in Mississauga for an all-encompassing discussion on the success attained by this company—and why it’s occurring now.

Epoch Auto: The excitement must be building as Subaru Canada quietly, almost methodically, rolls inexorably toward new, elevated heights regarding the brand’s success in this country?

Ted Lalka: Yes, without a doubt. To be clear, this is not what could ever be considered an overnight success: everyone in this company and its loyal dealer network has worked hard over the years to achieve this. The feeling at every level has always been enthusiastic, the belief in the product unmatched. This company has been able to achieve an exceptional growth rate by building on a strong reputation of safety, reliability, and durability.

EA: Much has been written about two facts that have contributed to this success: value and reliability. We understand these facts continue to be consistently borne out by ALG and the Canadian Black Book. In fact, 96.2 percent of Subaru vehicles sold in the past 10 years are still on the road. That’s quite an accomplishment.

TL: Yes, thank you, it is. We must point out, however that figure is incorrect. Those same two organizations upgraded that number this year. Now, 98 percent of Subarus sold in Canada are still on the road—98 percent! Interestingly enough, we are also no longer considered to be a small player, selling primarily into a niche market. Subarus have earned an enviable safety record across the lineup. Consider the dependable 4-cylinder boxer engine and asymmetrical all-wheel drive (AWD). There is a measured consistency to all our vehicles.
Subaru’s success is their ability to align with specific demographics

EA: There are no minivans or pickup trucks on dealer floors. Why?

TL: The success of our brand, especially in recent years has continued because we have, generally, stood firm on our products. We tend to align each vehicle with more than one market or demographic. While I would love to say that the increased acceptance is due to marketing, this would not entirely be true, or accurate. First and foremost, it’s about the consistency across the board of our product lineup.

Our parent company, Fuji Heavy Industries, determined that they would focus on the North American market generally, Canada specifically, with a limited, well-engineered, value-driven and most of all, safe product. Today, every Subaru product sold in Canada provides the comfort and features that consumers are looking for. Our product meets buyer demand without sacrifice or compromise. Subaru now has more curb appeal, much to the surprise of many existing customers. All Subaru products have earned top safety and safety pick plus awards from the Insurance Institute of Highway Safety (IIHS). It’s also as if the penny has dropped and car shoppers realize that there is no need to spend huge dollars to get into a quality automobile that will last and hold its value. Plus, people like how our cars look—inside and out.

EA: So in recent years, you have taken your core values and expanded upon them, all without sacrificing the integrity of any vehicle in the lineup?

TL: Exactly. By remaining true to our safety record and features, our engineers and designers have introduced changes to the exterior and interior that have enhanced every vehicle and all without any compromise. Recent changes included introducing a slightly larger, more spacious cabin environment. Soft-touch materials around the dash have added appeal. Controls to access tech are placed where a driver might expect to find them intuitively. On the outside, edges have been rounded, smoothed out. Aerodynamics have generally improved, stronger steel is used. And all these changes have also derived improved fuel economy, without compromise. Remember, Subaru’s roots are entrenched in the aviation industry. There, “safety first” are their watchwords; the same principle applies to our auto manufacturing.

EA: Much is made within the industry about customer loyalty surrounding the Subaru brand. Why is this?

TL: Industry statistics show that yes, on a vehicles-sold-per-capita basis, we do lead all competitors in terms of owner loyalty. We know that our customers buy and drive a Forester, for example, for five years. Then a new one comes along and catches their eye. The original vehicle normally stays in the family and a new one is purchased. It’s like owning a favourite pair of shoes or blue jeans—comfortable. The actual reasons why may not be apparent. To many customers, their vehicles just feel right. And it’s not just one thing. It’s all about the sum of the parts, that cumulative effect.

EA: So all of this may explain why finding a pre-owned Subaru is difficult. Explain this.

TL: It all starts with the tremendous job our small dealer network—90 across Canada—has achieved, what they and our parts and service departments have worked diligently to accomplish. They continue to be focused on the brand. They are passionate about the product—as much as our designers and engineers. There is confidence and pride.

Let me quote some statistics: Subaru in Canada has a brand retention rate of 70 percent. As we said earlier, 98 percent of Subarus in Canada sold in the past 10 years are still on the road. We also consistently achieve 70 percent new owner conquests. So we continue to broaden our customer base. Our brand also tends to fare well with favourable third party reviews. Auto pundits like what we build and what we stand for. Prospective customers and existing buyers pay attention. There is defined consistency in our design and engineering. We show progress. This is neither a revolution nor evolution. Subaru has stuck to our long-term game plan.

A Critical Hit That Faltered

EA: Having said that, the company has introduced a couple of surprises.

TL: If you are referring to the SVX, you would be quite correct. Introduced in mid-1991 as a 1992 model, this car turned heads from the get-go. An exceptional luxury/performance vehicle, the SVX is/was aspirational. Although radically different as a Subaru, it maintained all the principal Subaru attributes. So different at the time; people were used to 3- and 4-cylinder cars from us, then along came the SVX – 6 cylinders. Outstanding aerodynamics and performance. Although a critical favourite, it did not sell well and after five or so years was removed from the lineup.

Like models before and since, finding a pre-owned Subaru is a challenge. Great for us. Not so much for entry-level buyers or performance enthusiasts.

Continued Innovation for the Future

EA: What can Canada expect from Subaru in the future?

TL: For us, the next big thing will be a brand new-from-the-ground-up-platform. The just introduced 2017 Impreza will be the first vehicle to use this new technology. The beauty of the platform is that it is completely scaleable, designed and engineered for our next generation of exciting and innovative vehicles. Our engineers have developed a platform to enhance safety and overall driving enjoyment. This platform is designed for improved rigidity, strength, and durability—and, of course, integrity. Consequently, there will be the ability to build and install different drivetrains leading to a quieter, more efficient vehicle, improved handling, and increased fuel efficiencies.

IIHS standards will be raised in the short-term. This new platform was designed to meet and exceed those new benchmarks.

EA: Sounds as if the next few years will show Subaru as a continued contender in the imported vehicle marketplace. We look forward to further discussions.

David Taylor is an independent automotive writer, producer, and editor with a love of cars, people, and animals, based in Barrie, Ontario.