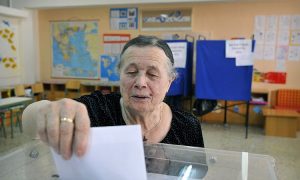 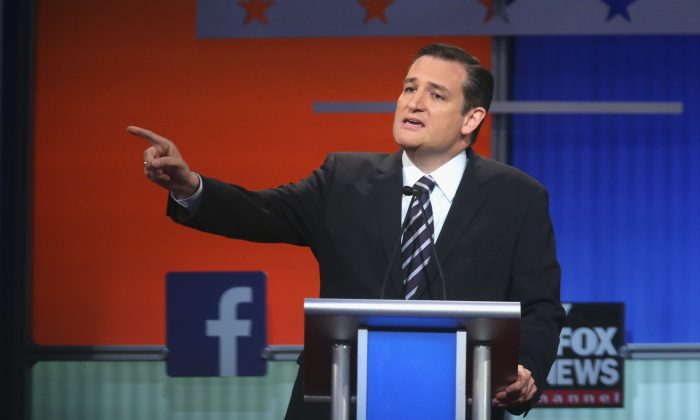 Republican presidential candidate Sen. Ted Cruz (R-TX) , here at the recent GOP debate, told supporters at the Red State Gathering of things he'd do on the first day of his term if he was elected president. (Scott Olson/Getty Images)
Politics

Ted Cruz told supporters over the weekend that he’d end the “catastrophic” Iranian nuclear deal on his first day in office if he was elected president.

Cruz, speaking at the Red State Gathering in Atlanta, also named five other priorities he’d attend to first thing after being elected.

On the list would be rescinding “every illegal executive action taken by Barack Obama,” including the executive amnesty decision. The bill granted amnesty to about 5 million illegal immigrants at the cost of $1.7 billion. The action was possibly illegal.

Cruz said another priority would be to launch an investigation into Planned Parenthood, which has been slammed by conservatives after undercover videos surfaced recently, and prosecute any criminal conduct said investigation uncovered.

Cruz would then instruct the Department of Justice and the IRS to “cease persecuting” people seeking to practice their faith in their workplace, reported the Daily Signal.

His fifth action would be the dismiss the case against The Little Sisters of the Poor. He said they would also receive “an invitation to the White House to tell their story to the world.”

His final action would be to move the U.S. embassy in Israel to Jerusalem, which would send “a message to the world that we stand with our allies.”

Meanwhile, Cruz was asked at the gathering whether he would join others in slamming Donald Trump’s comments about Megyn Kelly, but he tried to steer clear of the controversy.

“I also don’t think that we are not going to solve the problems in this country and you’re not going to defeat the Washington cartel by obsessing over the politics of personality. This is about real challenges facing the American people. This is about the bankrupting of our kids and grandkids and defending the Bill of Rights and restoring America’s leadership. That’s where my focus has been. And it’s where I intend to keep it.”