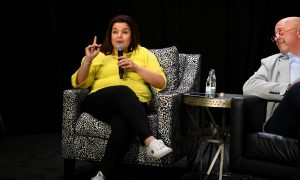 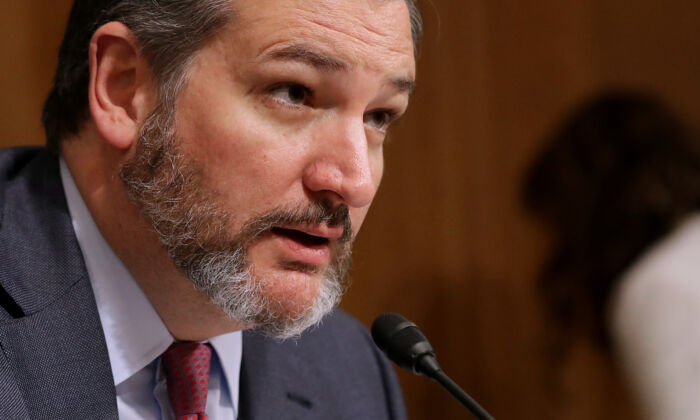 Sen. Ted Cruz (R-Texas) criticized the New York Times reporters who published then corrected a story containing an old allegation against Supreme Court Justice Brett Kavanaugh, saying the story was not “accidental” and done in a broader attempt by the left to “intimidate the court.”

“The New York Times, they knew what they were doing. This was not accidental,” Cruz said during an appearance on “Fox & Friends” on Sept. 18. He added that it was “fairly hysterical” watching the co-authors of the story put the blame of the omission on the editing process in order to skirt responsibility.

“If you did this on a high school paper, if you were a freshman in high school and you submitted this story, you’d get an ‘F,'” Cruz continued.

“And the reason is, they want to intimidate the court so none of the Democratic 2020 presidential [candidates] are going to retract because it’s not about facts, it’s about crazy, left-wing ideology. That’s where the [The New York] Times is, that’s where the candidates are and sadly, the Times is now about propaganda,” he added.

The article, adapted from a recently released book written by the New York Times reporters, containing what the authors called a “previously unreported” sexual assault allegation against Kavanaugh quickly came under fire when the newspaper was forced to release a correction due to it omitting two key details that would undermine the decades-old allegation against Kavanaugh. The uncorroborated and disputed allegations against the newest member of the Supreme Court bench was based solely on the account of one man, former Clinton lawyer Max Stier, who they were unable to talk to. Kavanaugh has also denied all the accusations.

The reporters Robin Pogrebin and Kate Kelly subsequently blamed editors for leaving out the important information from the story. They attempted to defend their report in an interview late Sept. 16, saying that the mistake was due to the “haste of the editing process.”

“It was just an editing—done in the haste of the editing process,” she added.

Following the publication of the story, multiple congressional Democrats and 2020 Democratic presidential hopefuls were quick to push for Kavanaugh’s impeachment. This includes candidates like Sen. Kamala Harris (D-Calif.) and Julian Castro.

This is not the first time Cruz has slammed the Gray Lady for leaving out crucial information in the Kavanaugh story.

“READ stunning NYT CORRECTION. If a high-school freshman did this on a school paper, he’d get an F. This is an outfit (sic) that has won multiple Pulitzers; presumably they know how to be actual journalists. It’s almost as if the reporters, editors, publisher have a political agenda,” Cruz wrote on Sept. 16, a day after the correction was issued.

READ stunning NYT CORRECTION. If a high-school freshman did this on a school paper, he’d get an F. This is an outfit that has won multiple Pulitzers; presumably they know how to be actual journalists. It’s almost as if the reporters, editors, publisher have a political agenda…. https://t.co/8YrwOJJTQE

Over the past few days, Trump has repeatedly criticized the New York Times over the correction while calling for the resignation of “everybody” involved in the publication of the article.

“They’ve taken the Old Grey Lady and broken her down, destroyed her virtue and ruined her reputation,” he added. “She can never recover, and will never return to Greatness, under current Management. The Times is DEAD, long live The New York Times!”

On Sept. 18, the president called out the New York Times after blaming the omissions on their editors.

“The New York Times is now blaming an editor for the horrible mistake they made in trying to destroy or influence Justice Brett Kavanaugh. It wasn’t the editor, the Times knew everything. They are sick and desperate, losing in so many ways!” Trump wrote.

The New York Times is now blaming an editor for the horrible mistake they made in trying to destroy or influence Justice Brett Kavanaugh. It wasn’t the editor, the Times knew everything. They are sick and desperate, losing in so many ways!

Trump said the whole saga relating to the story and allegations have hurt Kavanaugh and his family “so badly.”

“They’ve hurt that man and his family so badly. He has been just really devastated by the hurt that’s been caused to him, his beautiful daughters, his fantastic wife—they have hurt him so badly,” Trump told reporters on Air Force One en route to California on Sept. 17. “He has been hurt so badly and it’s so unfair. He’s a good man. That wasn’t supposed to be in the cards.”