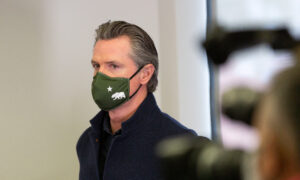 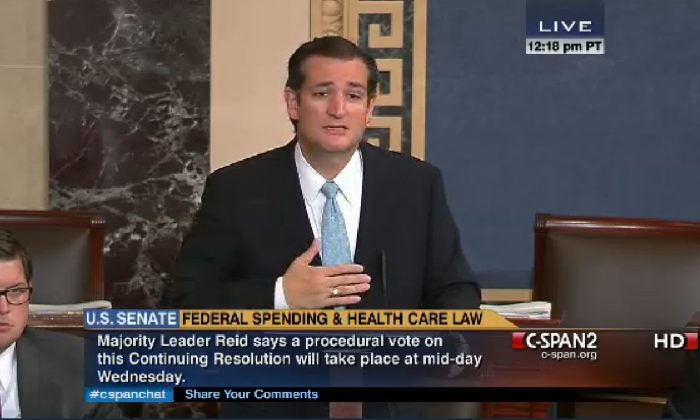 Ted Cruz talked and tweeted during his filibuster. (Screenshot of CSPAN)
Politics

Ted Cruz, a Republican Senator from Texas, will hold an unofficial filibuster until he “can’t stand” anymore, he said. Cruz also went on Twitter to express his views while he was talking.

Cruz added: “If more politicians listened to the American people, we could avert this train wreck #MakeDCListen.”

The Senate is looking at the motion to proceed on H.J. Res. 59, the Continuing Resolution (CR), which was passed by the House last week. The measure will fund the government to avoid a shutdown and will defund President Obama’s Affordable Care Act, also known as Obamacare.

Cruz is calling on his GOP colleagues to oppose moving on the bill.

According to The Associated Press, Cruz’s odd approach is intended to prevent Majority Leader Harry Reid from taking out the health care provision from the bill.

However, he faces opposition from Republican leaders, including Minority Leader Mitch McConnell and John Cornyn.

Other Republican senators oppose him.

A test vote is set for tomorrow.

Cruz said that Americans are having problems due to the health care law.

A live stream can be viewed here.