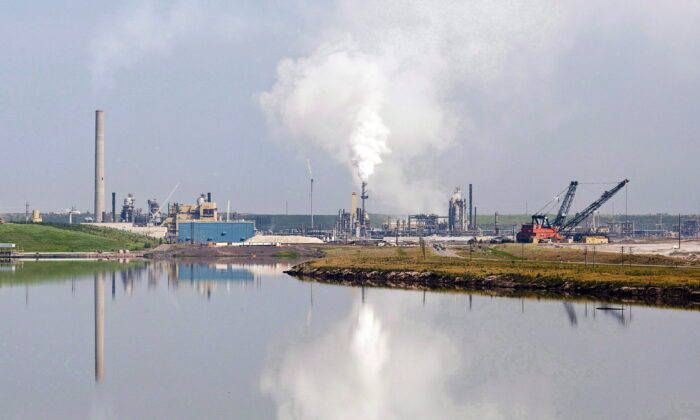 An oil sands facility is reflected in a tailings pond near Fort McMurray, Alta., in a file photo. (The Canadian Press/Jeff McIntosh)
Canada

The company says it will take a $1.13−billion writedown on the Frontier project in Alberta.

In a letter to the federal environment minister, Teck CEO and President Don Lindsay says investors and customers increasingly want jurisdictions to have a framework in place that reconciles resource development and climate change.

He says that “does not yet exist here today,” and that the growing debate around the issue has placed Frontier and the company “squarely at the nexus of much broader issues that need to be resolved.”

The proposed $20.6−billion project was expected to create an estimated 7,000 construction jobs, 2,500 operating jobs, and about $12 billion in federal income and capital taxes, and was also expected to produce about four million tonnes of greenhouse gas emissions per year over 40 years.

Fourteen First Nations and Metis communities signed participation agreements with the company on the Teck mine, and the project was awaiting approval from Prime Minister Justin Trudeau’s government.

In a joint statement, Natural Resources Minister Seamus O’Regan and Environment Minister Jonathan Wilkinson said Sunday night they had been informed by Teck that it was withdrawing its application for the mine.

“As a result, Cabinet will no longer be making a decision on this project,” they said.

Cabinet was expected to discuss the project at its meeting on Tuesday. It had until the end of the week to make a decision, though it could have decided to push that deadline back.

Wilkinson has been signalling for weeks that cabinet’s discussion would include the fact that Alberta has not set specific greenhouse gas emissions reductions targets, and in recent days specifically asked the Alberta government to enforce its cap on emissions from the oilsands.