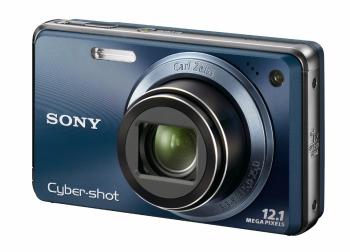 There are some people who are fairly difficult to find gifts for, particularly when it comes to gadgets and gizmos. People of different interests, different characters, and different lifestyles will want different gifts. With the help of this guide, hopefully finding a gift to make anyone’s eyes sparkle will be easy.

They paint, they draw, they throw cats and water in the air and jump for photos. You know who they are. The artistic types want gifts that inspire their art. Below are a few gift ideas to help them further along their path.

This is a computer program that allows anyone to create high-quality cartoons and animations. In addition to being able to make some nice animations, anyone who learns to use this software well will also have their foot in the door for some good animation jobs, since the technology is very similar to professional-grade software from the same company. Toon Boom also makes similar products for kids.

Behind every good artist is a good camera. Whether photography is their niche or if they want to capture a picture for a later painting or drawing, it never hurts to have a camera close by. This camera in particular is inexpensive, has a 12-megapixel resolution, and also sports High Definition (HD) video capture for making those on-the-go movies.

They like what's in and they won't touch anything that isn't. This group is not always hard to find gifts for. Typically, whatever has the most commercials is what's cool, but there are some exceptions. Here are some tips to be sure your gift helps them keep that cool.

Nothing says cool like a good home entertainment system. Sure, this isn't an entertainment system itself, but a blu-ray player is an essential step in the right direction. Blu-ray is quickly replacing DVD as the mainstay for home video entertainment. It has a sharper image, better color, and better sound. This one can also access the internet and stream online content.

Cameras are so last year. Video is what's in now. With professional cameras adding video recording features and even cell phones joining in the mix, this pocket-sized HD video recorder is a sure crowd pleaser. It has a slick design, works well with video sharing sites such as YouTube, and records in 720p High Definition (HD) video quality.

The tech type refers to those individuals who love computers and technology. They typically don't care too much about what the rest of the crowd is doing and have a good idea of what they think is the best. This group is often the most difficult to get gifts for because they're ahead of the game in the tech world, and not many people understand what they're talking about half the time.

Why not turn that tech love into something useful? Lynda.com offers tutorials for just about every major brand of software on the market. With this helpful resource, anyone could conceivably learn to make Web sites, 3-D graphics, or make their own video games. This is a good ticket to a good career and also a good way for any entrepreneurs to get their start. The subjects are also fun to learn.

Those who want to be hip will probably want the Motorola Droid, since it's currently the "in" thing. Those who know tech will most likely still want the iPhone though. The iPhone is still the most solid phone out there in terms of the features it offers. On that note, since there are two competing products in this category and since the Droid is rather new, competition between these two brands could yield some better deals in the works.