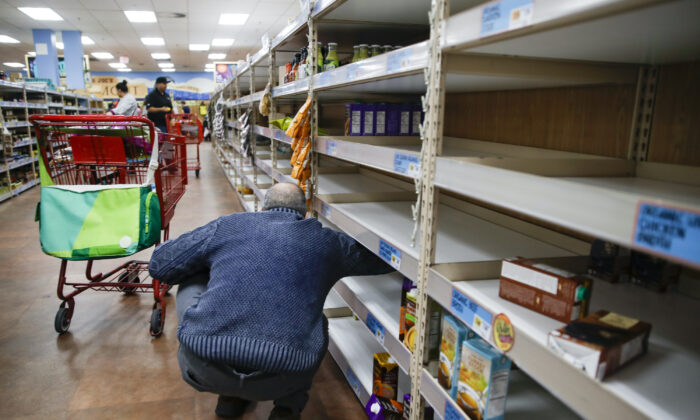 The mayor of Teaneck, New Jersey, asked all residents to self-quarantine on Saturday after 18 residents tested positive for the COVID-19 coronavirus.

Teaneck, located in Bergen County, is located about 5 miles west-northwest of Manhattan. It has a population of about 40,000.

Residents in the township have been asked to stay at home and only go outside to get food or medicine, according to authorities.

Mayor Mohammed Hameeduddin said the city is Bergen County’s “ground zero” for the virus, which first originated in mainland China in late 2019, reported NorthJersey.com. So far, 31 cases of the virus have been confirmed in Bergen.

“There are people that don’t understand that this is something we haven’t seen since World War II,” he added. “We don’t have enough test kits, every day more and more people will be getting sick.”

Mayor Bhalla provides an update regarding directive from Office of Emergency Management to limit the spread of COVID-19 with new restrictions for Hoboken bars and restaurants, city-wide curfew. pic.twitter.com/DbJabzI9pq

Elaborating further, residents of the city should go outside only if they “absolutely have to” do so, Hameeduddin remarked. “We need everyone to understand that they can infect someone or someone can infect you,” he said.

Over 60 cases of New Jersey have been confirmed by authorities, according to data provided by Johns Hopkins University.

In nearby Hoboken, located just across the Hudson River from Manhattan, Mayor Ravi Bhalla wrote that all bars and restaurants will be “no longer permitted to serve food.” Delivery and takeout are still allowed the mayor’s office wrote.

Hoboken will also start a curfew from 10 p.m. through 5 a.m. starting on Monday, March 16.

And New Rochelle, a suburb of New York City in Westchester County, became a “containment area” for the virus last week. New York Gov. Andrew Cuomo said Friday that his state has now the most cases in the United States, while announcing that the state’s first drive-through testing site was opened in New Rochelle.

“You can’t just come, you have to call first, make an appointment and then come, each car is here for about 15 minutes. The phone number is 888-364-3065. We are prioritizing people from New Rochelle first because again that’s where we want to reduce that density, reduce those cases,” Cuomo said, according to CBS New York.

In an editorial for the New York Times on Sunday, Cuomo called on President Donald Trump to not allow “bureaucracy get in the way of fighting this virus. Break the logjam, let states fully take over testing so they can unleash hundreds of labs tomorrow and bring testing to scale. It is the only way we will have a chance of keeping up with the rapid spread of this contagion.”