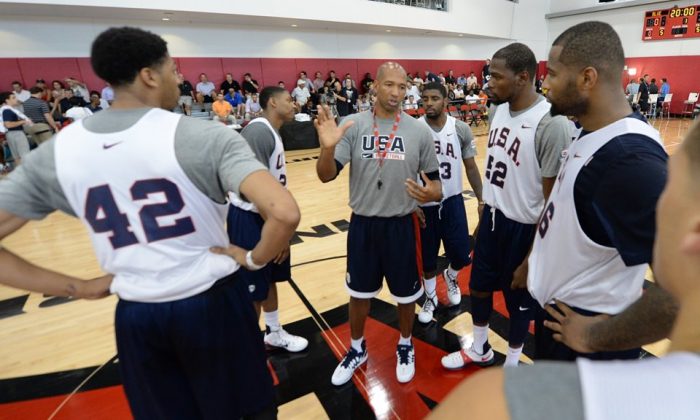 The rosters have been announced for the USA Basketball Showcase game that’s scheduled for Friday night.

The game will feature the roster divided into two teams to play against each other as head coach Mike Krzyzewski and the assistant coaches try to go from 20 players to the 12 necessary for the final roster for the upcoming FIBA World Cup.

The two teams are:

“After four days of training, the players are looking forward to playing in a competitive game situation. The game will also be beneficial in our decision making process for selecting finalists for our team that will eventually represent the United States at the FIBA Basketball World Cup.”

The game will start at 9 p.m. EDT and be broadcast on ESPN.