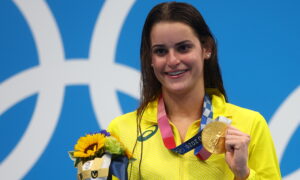 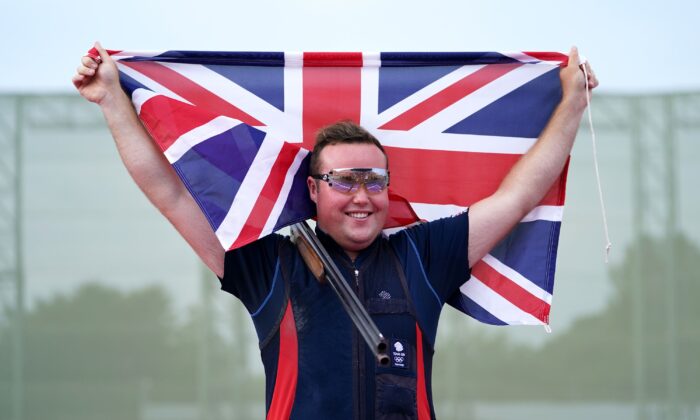 Team GB shooter Matt Coward-Holley’s bronze medal in the men’s trap at the Tokyo Olympics is an “incredible” achievement, the headmaster of his former school has said.

The Chelmsford-born athlete, now living in Salisbury in Wiltshire, shot 33 of 40 in the final to secure third place, finishing behind the Czech duo of gold medallist Jiri Liptak and silver medallist David Kostelecky.

The 26-year-old was a pupil at the independent Felsted School, near Braintree in Essex, from the age of 11 until his mid-teens.

The school’s headmaster, Chris Townsend, said he was “so proud” of Coward-Holley’s achievements at what was his first Olympics.

“To see him out there competing at the absolute pinnacle for his country, I just feel so proud and so pleased for him, so pleased he’s got a medal to bring home with him,” he said.

“It’s fantastic news and I look forward to cheering him on to gold in a few years’ time as well.”

He said that “lovely lad” Coward-Holley had been a keen rugby player until he injured his back and was forced to give up the sport.

“He wasn’t someone who at the time he was at school you would have picked out as a future Olympian,” said Townsend.

“He struggled with injuries, he had some bad back injuries which stopped him playing rugby which he quite enjoyed and at that point he turned his hand a bit more seriously to shooting, and obviously the rest of it is a pretty extraordinary story.”

He said Coward-Holley showed “nerves of steel” in the “brutal” format of the final, and believes there will be “lots to look forward to” from him at future Olympics.

Coward-Holley’s partner, Augusta Rose Campos-Martyn, said ahead of the final that he is an “immensely driven athlete.”

Campos-Martyn, who is also a professional shooter and competes for Puerto Rico internationally, said: “He is never content, constantly striving for perfection, and more success.

“But he is also incredibly modest and down-to-earth.

“When he’s not training himself he is helping out other young athletes that are coming up through the sport.”

Coward-Holley had ambitions of being a professional rugby player but he was forced to give up the sport after he broke his back twice as a teenager.

He had stopped shooting at the age of 12 to concentrate on his rugby career, but returned to the sport aged 16.