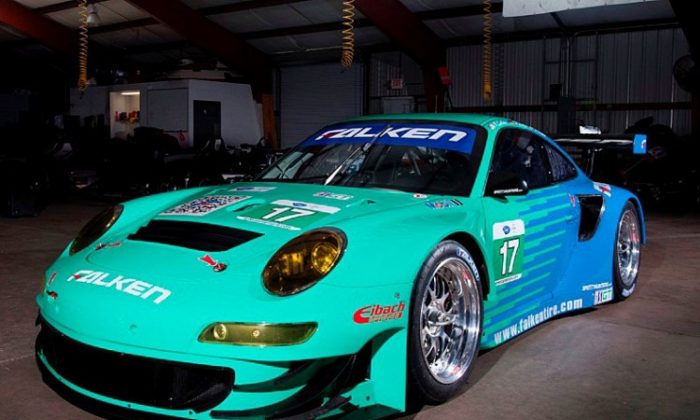 Team Falken Tire used the second Sebring test to dial in their 2012 Porsche and to determine the optimal tire compounds for the Sebring 12 Hours. (Team Falken Tire)
Motorsports

The Falken team came into its own in the last half of 2011, winning two races, but everything learned in the past season went out the window with the new wider chassis and aerodynamic package of the 2012 Porsche GT3 RSR.

“We already rebuilt the race car to make it race-ready; the purpose of this test was to find out what the new RSR really wants,” said team manager Derrick Walker in a press release.

“Our engineers are starting to understand the new car more,” said Team Falken’s Porsche factory driver Wolf Henzler. “Although there is still much to learn, we have a better idea of what we need set-up-wise.”

Henzler and Bryan Sellers will return as drivers for Team Falken, joined for the Sebring 12 Hours by Martin Ragginger. “The new car felt better compared to last year,” said Ragginger. “I feel like it handled better over bumps and held faster entry into the turns.”

Falken, which was seen as an upstart with an impossible task when it entered competition in the American Le Mans Series in 2009, taking on established racing giants Michelin and Dunlop. The team and the factory persevered, eventually producing a racing slick equal to the competition and a rain tire arguably better than the rest.

The tests at Sebring gave the factory essential information for what type of tire would best suit the new car.

“Sebring is a difficult place because it has so many different challenges,” said Bryan Sellers. “The surface is very different on multiple parts of the track, so the car and tires respond different on each one of those varying surfaces.”

Because the race lasts 12 hours, it runs through the heat of the day and into the cool of the night, making tire compound extremely important. Falken will use data from the Sebring tests to find the optimal compound for its Azenis racing slicks for season-opening race.

The 60th Anniversary Sebring 12 Hours starts at 10:30 a.m. on March 17. Tickets are available through the Sebring Raceway website.