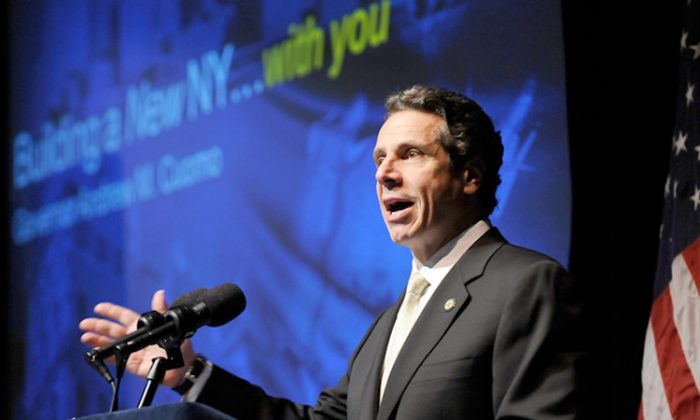 Gov. Cuomo, shown here in a file photo, agreed with the teachers union on new guidelines for teacher evaluations on Thursday. (Gov. Andrew Cuomo's office)
US

With only a few hours to spare, the state’s teachers’ union reached an agreement with the state of New York regarding the new teacher evaluation system early Thursday morning. Gov. Andrew Cuomo had threatened to force a simplified version of the deal through if the two parties did not agree by Thursday.

The deal resolves the hotly contested issue of how much weight to give standardized testing. Student academic achievements are worth 40 points of the teacher evaluation, with half of those points coming from standardized state testing. The other half must come from a list of three testing options: state tests, SED approved third-party assessments, and SED approved locally developed tests. Districts also have the option to use state testing for the full 40 points on the teacher evaluation.

The appeals process for teachers who received subpar evaluations was addressed in the new agreement, however, the new appeals process will not go into effect for New York City school teachers until Jan. 17, 2013.