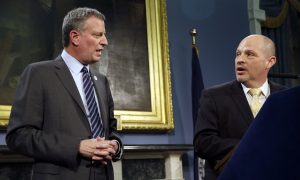 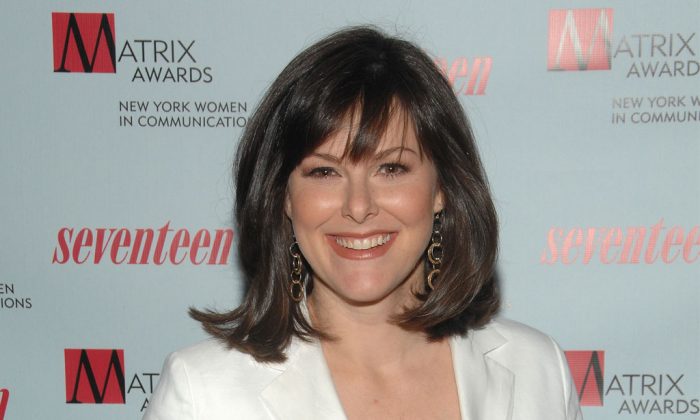 Teachers Too Hard to Fire, Lawsuit

Wright is a member of the StudentFirstNY, a non-profit supporting charter schools and opposing teacher tenure. He was joined Monday by six more parents filing a lawsuit spearheaded by a former TV personality Campbell Brown and her new organization Partnership for Educational Justice.

“New York’s Constitution guarantees all children in the state a sound basic education. Yet in any given school year, New York schoolchildren are at risk of being assigned to an ineffective teacher,” the lawsuit states.

Teachers can be fired quite easily in their first three years, but then they must be let go or recommended for a tenure. If granted tenure, they can only be fired for a set number of reasons and after a lengthy “due process.” The tenure can also be deferred for a year.

The state law states that only “those persons who have been found competent, efficient, and satisfactory” shall be recommended for tenure.

But “the process is a formality, rather than an appraisal of teacher performance,” the lawsuit states.

The city reformed the tenure process five years ago, but not enough to appease the plaintiffs. Only 3 percent are having their tenures denied each year. The lawsuit acknowledged that the reform caused “some teachers” to have their tenures deferred.

Yet, Stanford University research shows it was more than “some.” Almost half of new teachers had their tenures deferred in the past three years.

Deferring is a method of indirect selection as such teachers are more likely to leave, the research showed. Actually, about half of teachers leave their positions during the first five years of teaching, hinting the profession itself may weed out some of those not fit for the job.

The lawsuit also contests the just-implemented teachers’ evaluations, highlighting the contrast between most teachers being rated effective last year, while not even a third of students passed last year’s state exams. The low scores have been largely blamed on tougher new tests and teachers lacking resources to prepare students for them.

A teacher can be fired if rated ineffective for two years in a row.

If a teacher is among the majority rated effective, it’s almost impossible to fire him or her due to “investigations, hearings, improvement plans, arbitration processes, and administrative appeals,” the state laws put in the way, the lawsuit states.

Schools Chancellor Carmen Fariña said she plans to address the problem by teaching administrators how to create a paper trail for dismissing failing teachers.

The lawsuit cites a 2009 survey saying almost half of the state’s school districts, excluding New York City, wanted to launch a disciplinary action against a teacher, but didn’t.

Yet it fails to mention that the majority of such districts refrained from taking disciplinary action because the teacher in question resigned or retired. One in three reported the process was too expensive or cumbersome.

In the past two years over 800 city teachers faced disciplinary action—about 500 were solved with the rest still pending. Only 40 teachers were terminated, but about half of the 500 resolved cases were settled, often with the teacher leaving or retiring, according to the Wall Street Journal.

Labor Attorney Arthur Schwartz said he will challenge the lawsuit, representing about 50 parents and education advocates. The problem with the school system is a lack of funding, not teacher job protections, he said.

While firing a tenured teacher can easily take more than a year, ineffective teachers can be taken out of classrooms while still in the process, Schwartz said.

The lawsuit points out that such teachers are still collecting pay.

The lawsuit also challenged the rule that, in case of layoffs, the least senior teachers are let go first, disregarding their quality. One of the reasons for the rule is seniority pay—teachers are getting raises for sticking with the job so the rule prevents administrators from firing the more experienced and more expensive teachers to save money.

Schwartz said the main problem is teachers should not be laid off in the first place, underscoring his point that the problem is a lack of resources.

The lawsuit has been inspired by a case in California last month, where a pro-charter school group successfully argued local tenure laws unconstitutional. But California laws are more generous to teachers, offering tenure after just 18 months on the job. The case is under appeal.

Correction: The article has been updated to reflect that John Keoni Wright is a member of the StudentFirstNY.