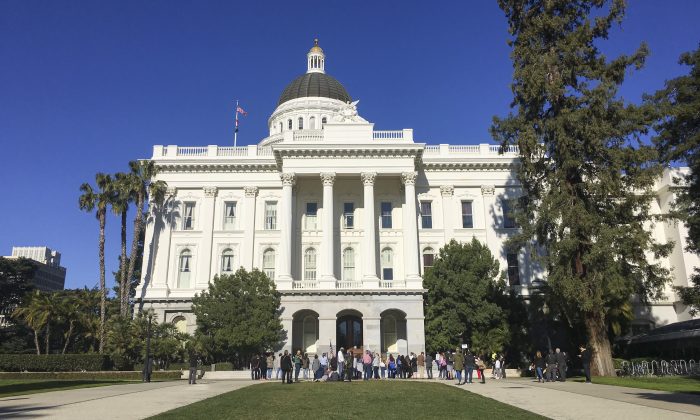 Teachers, Medical Professionals Speak Out Against Sex-Ed Laws in California

Opposition to two pieces of legislation in California have steadily been rising as community members say they are becoming aware of their contents and how it would affect children’s education. Assembly Bill 329, a controversial K-12 sexual education law, was enacted in 2016, and Assembly Bill 493, which would mandate LGBT continuing education for teachers, including the use gender neutral pronouns with transgender students, is now moving through the state legislature.

Recently, a number of educators and medical professionals voiced their opposition to the information being taught to students about condom use and HIV prevention via the state’s “Teen Talk” sex education program.

In a letter to the authors of AB 329, Dr. John Winkelman, a pediatrician at St. Joseph Heritage Medical Group and member of the American Board of Pediatrics said that the sex-ed information being taught to children regarding condom use and HIV protection is not only medically and factually inaccurate, but could actually lead to youth contracting HIV at higher rates. A portion of the letter reads:

Opponents of AB 493 say teachers would be subject to new rules as the bill would mandate the use of “non-binary” pronouns towards their students, and the teachers could face termination if they are unwilling to use these terms. On May 28th, AB 493 has passed the State Assembly 61-0 with 56 Democrats and 5 Republicans voting in favor while 14 Republicans and 5 Democrats abstained their votes. The bill is now being reviewed and amended in the State Senate’s Education Committee.

Brenda Lebsack, an Orange Unified School District trustee and a teacher in the Santa Ana school district, who writes occasional op-eds in publications such as the OC Register and EdSource, explained the severity of the issue in an email exchange with The Epoch Times.

“[The state’s] Non-Discrimination Policy, Hate Motivated Behavior Policy and Uniform Complaint Policy (provided by the CSBA – Calif School Board Assoc) will purposefully and needlessly jeopardize teachers’ jobs. The new legal definition of ‘Gender Identity,’ as of July 2017, if teachers are unwilling to use non-binary pronouns for students who may identify as both genders, neither gender, etc., (Unwilling to use Pronouns such as they, them, theirs, ze, hir, hirs, etc.)  they will be accused of discrimination and could lose their job,” she said.

The bill’s author, Todd Gloria (D-San Diego) has argued that the legislation is necessary to address the high rates of harassment reported by LGBT students. According to the bill, the National School Climate Survey reports that “over 70 percent of LGBTQ pupils nationwide reported being called names or threatened based on their sexual orientation.”

AB 493 is expected to be voted on in the State Senate later this summer.