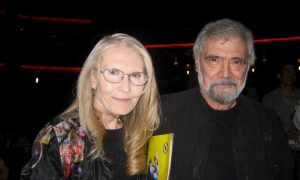 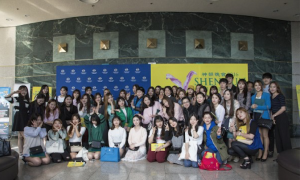 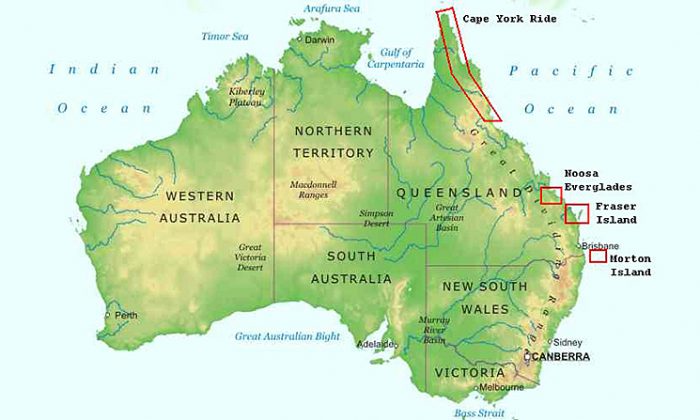 The continent, country, and island of Australia (realworldadventures.com)
US News

Do people with advanced degrees think they are smarter than everyone else? Not the smart ones.

Do people with advanced degrees think they are infallible? Again, not the smart ones.

Do people with doctoral degrees, by and large, deny that Australia is a country?

At least one did—and was so certain she was correct, she refused to reconsider, even when a student’s degree hung in the balance.

Ashley Arnold is a young mother from Idaho Falls, Idaho, who decided to enroll in an online university to continue her education while she raised her son, Buzzfeed reported.

Arnold chose Southern New Hampshire University (SNHU) which, according to American News Central, is one of the most popular online universities in the United States.

At age 27, Arnold decided to get a degree in sociology, and she was doing well, working her way through the curriculum until she was ready for her last class, Buzzfeed reported.

The class cost nearly $1,000, but that wasn’t why it mattered—the class was the final hurdle between herself and that college degree she sought.

AND and island. We even have our own flag… pic.twitter.com/k9TbqGh0yn

Arnold turned in her project, and on Feb.1, got her grade—and got quite a shock. And then, another shock.

Australia, her teacher informed her, was a continent—not a country.

“With her education levels, her expertise, who wouldn’t know Australia is a country?” Arnold asked Buzzfeed. “If she’s hesitating or questioning that, why wouldn’t she just google that herself?”

Arnold handled the situation with aplomb. She sent a few emails to her professor explaining the situation, even citing a reference from the SNHU library: “The research starter on the SNHU’s Shapiro library written by John Pearson (2013) states, that Australia is the ‘sixth-largest country in the world’ (n.p.). The full name of the country is the Commonwealth of Australia, meaning Australia is both a continent and a country.”

Despite being provided with multiple sources, the professor responded, “Australia is a continent; it is not a country.”

Arnold stuck to it.

That got a bit more traction. Her professor responded, “After I do some independent research on the continent country issue I will review your paper.”

And finally, the teacher couldn’t hold out any longer. She had to admit that, even though she had a doctoral degree, she still made a mistake.

After her professor reluctantly admitted that Australia was a country, she regraded the project. Arnold earned a B+.

It may seem that this was an exercise in ego and lack of humility, but Arnold took a much more positive view, focusing not on the educator’s error, but on the education.

“Here is the lesson I learned: as a student going back to school in my late twenties I have sometimes felt inadequate. I have felt ashamed and embarrassed that I’m still in school and do not have a ‘real’ career yet. However, this class made me realize that I am equal and I can do hard things.

Now, That is making the most of a teachable moment.

But it doesn’t end there.

Realizing that other students might have had similar issues, Arnold pursued the matter with SNHU.

Arnold asked all media not to name the professor. She was considerate enough to realize that some people might get a little nasty online, and Arnold wasn’t looking for revenge, just a fair grade.

Southern New Hampshire University took the matter very seriously. After reviewing things thoroughly, SNHU tweeted, “We deeply regret the interaction between our professor & our student. We have apologized to Ashley, replaced the instructor, & are reimbursing her tuition for the course.

“To our friends in Australia, we know that you are a country & a continent, best of luck in the Olympic games!”

We deeply regret the interaction between our professor & our student. We have apologized to Ashley, replaced the instructor, & are reimbursing her tuition for the course. To our friends in Australia, we know that you are a country & a continent, best of luck in the Olympic games!

As it turns out, Arnold was not the first SNHU student to fall afoul of teacher error.

After hearing about Arnold’s experience, Sarah L. (@sarah_001) tweeted “Recently, as an active & enrolled student @SNHU, I have noticed &experienced exactly the same thing with my last professor. I contacted my advisor about it & ultimately, nothing happened & failed b/c I didn’t take it as far & put in as much effort as Ashley”

I’m proud of how SNHU handled this.Recently,as an active&enrolled student @SNHU,I have noticed &experienced exactly the same thing with my last professor.I contacted my advisor about it&ultimately,nothing happened& failed b/c I didn’t take it as far&put in as much effortas Ashley

The professor still has her degree and her education. She has all the resources she needs to find another job, and hopefully, seeing the example Arnold set, will have learned a few moral lessons, which will serve her well throughout the rest of her life.