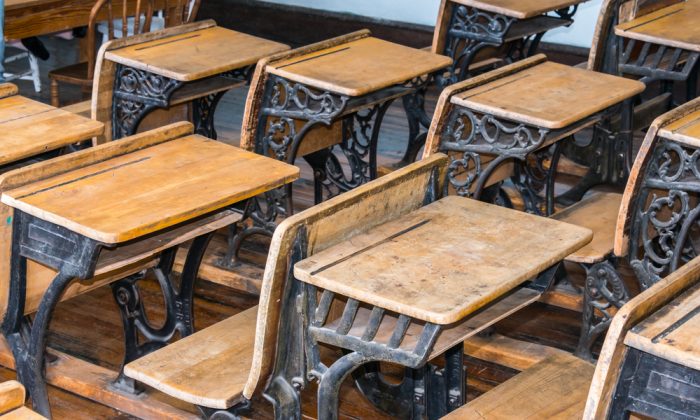 Seven years after a teacher died, a school district was stunned to learn that she left them quite a considerable amount of money.

When she died, Cava had no immediate family to speak of, and then left $1 million to her students.

“I wasn’t surprised that she was going to be donating something,” Dumont school superintendent Emanuele Triggiano told the New York Times.

He added: “The surprise was the amount of money she sent to us.”

“We never could have imagined that she’d amassed that kind of money,” Triggiano added to PEOPLE. “She’d told me once that she planned to leave something to help students, but $1 million? It’s incredible.”

He added to CNN that it was the largest donation he has seen.

Richard Jablonski, a close friend of Cava and the executor of her will, said she likely amassed her wealth due to extensively saving her money over the years.

The woman was a child during the Great Depression of the 1930s, he said, saying she never bought new clothes or went on vacations, PEOPLE noted. She also lived in a home that was once owned by her parents.

“She was very kind-hearted, sometimes with a rough exterior, but very compassionate deep down,” Jablonski said, according to The Independent. “She was very loving and won people over with her beautiful smile.”

“When she told me seven years before she passed away that she had money and wanted me to handle her will, I was floored to learn how much she’d saved,” he told the magazine, adding that he was stunned that she amassed a fortune. “She’d call and say, ‘I want to leave $100,000 to the Salvation Army,’ and ‘I want to leave $100,000 each to county animal shelters,’ and ‘Let’s add a $100,000 donation to the hearing center.’ She certainly had a generous heart.”

She retired from the district in 1990, the report said, adding that she would sometimes return to check in.

“Because she had no immediate family of her own, and not even many not-so-distant relatives, it made sense for her to make this donation,” April Savoye, her attorney, added to CNN. She also left money to the Salvation Army and a local animal refuge.

Before her death, she became ill, and Jablonski checked with her twice a day. She refused to go to the hospital before her death suddenly occurred, he said.

“The teller said, ‘Genevieve is all bent over, not feeling good at all,’ ” he told the magazine. “So I told her to call an ambulance right there. She died pretty quickly. I was two blocks from the hospital when I got a call, saying she’d passed away from sepsis. She was buried in the clothing that I’d bought for her.”

Jablonski said he also inherited her house although it took lawyers seven years to settle her estate.

“Genevieve was very smart — she knew finances,” he added to PEOPLE, “and I know she’d be thrilled to hear that the interest alone from her $1 million gift to the school district will pay for a scholarship every year. She was a strict teacher, but she loved those kids. They meant the world to her. And now her legacy will live on forever.”