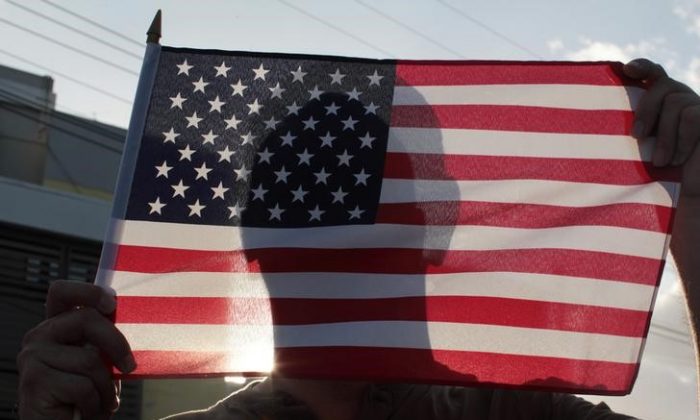 A teacher in Michigan is accused of assaulting a child who didn’t stand for his class’s Pledge of Allegiance in the morning.

Stone Chaney, 11, said that he didn’t want to stand for the pledge, which is recited at the start of the day in some public schools, according to WDIV. The student said that he felt his rights were violated.

“The teacher consultant comes up behind me and snatches me out of my chair violently,” Stone told local TV. “I was so confused. I didn’t know what was going on.”

The boy said that he only pledges to “God and family.”

Another teacher reportedly shouted at him for the same reason.

“The District fully supports the right of each student to participate or not in the daily Pledge. The teacher allegedly involved in the incident has been placed on administrative leave. At this time, the District cannot speculate about the outcome of the pending investigation,” Farmington Public Schools said in a statement.

The family is currently weighing their options.

The Pledge of Allegiance was written by Francis Bellany, a “Christian socialist” author. The original pledge he wrote, published in the late 19th century, read as follows: “I pledge allegiance to my Flag and to the Republic for which it stands, one nation, indivisible, with liberty and justice for all.”

In 1954, in response to the threat of communism, then-President Eisenhower encouraged Congress to add the words “under God,” creating the 31-word pledge we say today. Bellamy’s daughter at the time objected to this alteration.

The Supreme Court ruled in 1943 that students don’t have to stand for the pledge, and they can make their own decision.